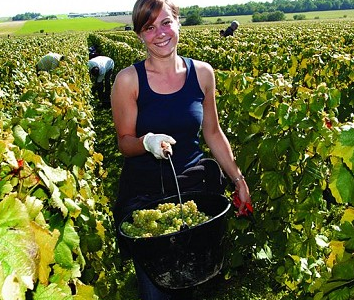 Each year, more than 100,000 foreign visitors, the majority of which are backpackers, come to Australia on working holiday visas. The Australian Government’s Working Holiday Visa (WHV) programs were created to enable young travellers to have an extended holiday while earning extra money through short-term employment.

Travellers on a working holiday visa are permitted to stay for a maximum of 12 months. If they wish to stay longer they can apply for a second working holiday visa which allows them to stay for up to an additional 12 months. The catch is that those wanting to extend their stay must have completed 88 days’ work in regional areas of Australia while on their first visa. Not unsurprisingly, to meet these visa conditions, many end up picking fruit on farms along Australia’s harvest trail.

But exploitation of these working holiday makers within Australia’s agricultural industry is rife. Many farmers employ contractors to source fruit pickers on their behalf and to take responsibility for their wages and accommodation. The wages are often paid in cash by a labour hire contractor who also charge costs and weekly rent, often housing the workers in overcrowded properties that do not meet fire and safety standards.

Stories from backpackers reveal that many are paid as low as $7 a day, often working up to six hours a day. Some contractors are now brazenly advertising fruit picking jobs for Asians only, or on internet sites such as Gumtree, seeking backpackers to work on their farm for free. Authorities have warned that the advertisements could be in breach of the Fair Work Act; while ethical labour hire contractors say they can’t compete with the prices being offered to farmers by illegal operators.

Workers must provide evidence of their 88 days of work, such as pay slips, group certificates, payment summaries, tax returns, employer references or equivalent documents. Certain contractors are demanding large sums of cash in exchange for signing off on the work that visa holders are required to do to get a second year in Australia.  In April this year there were reports working holiday visa holders in Gippsland were being forced to work 30 hours for free before the contractor would sign off on their working hours.

Keith Pitt, Federal Member for Hinkler, which includes the Queensland towns of Bundaberg and Hervey Bay, says the exploitation of foreign workers is a national problem; and is one pushing Canberra for legislative changes aimed at driving unscrupulous labour hire contractors out of business.

„It’s something which has been around for a number of years. But the anecdotal evidence which is being produced to my office would indicate that it’s escalating significantly,” said Pitt.

Pitt, himself a former cane farmer and training provider, recently delivered a speech to Federal Parliament in which he declared: “there is a seedy underbelly in the contract labour hire industry in this country which is unfairly damaging the reputation of our agriculture industry and our tourism centres.

„Allegations range from underpayment and exploitation of workers to tax evasion, visa breaches, racial discrimination, intimidation of farmers and overcrowding in private residential properties,” he said.

The Fair Work Ombudsman has formed a specialist team to investigate complaints from overseas workers in Queensland’s Bundaberg region, but locals say finding offenders can be difficult.

„The problem we have in Australia is that the issue crosses so many jurisdictions—local, state and federal government; immigration, taxation, Fair Work, agriculture, police, fire, health and safety, and tourism,” said Pitt.

„One of the problems people face in formally reporting their complaint is the sheer number of agencies involved across all three levels of government. In many cases they are just too scared to give their name to the authorities.

„It’s hard to identify who these people are. They effectively close their company overnight. They remove their capital assets, they take the cash that they have and they start up down the road with another company doing basically exactly the same thing as they have been doing for a long period of time. So they’re hard to catch. And this is one of the issues that we have: it is very, very difficult for our enforcement agents to be on top of these things.

„However, we want to ensure our seasonal workers are protected; that businesses have a level playing field and Australia remains a destination of choice for overseas students and working holiday makers,” he said.

What can be done to end the exploitation of working holiday makers? Have your say.