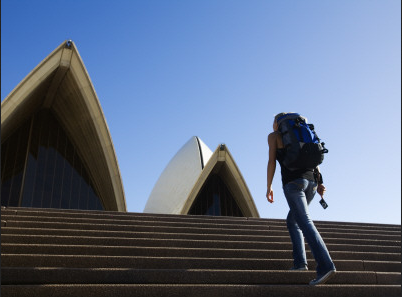 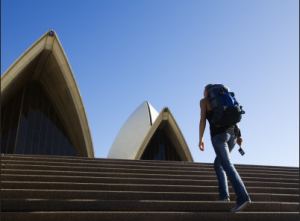 WARNINGS from the youth travel industry about the increase in the cost of working holiday maker visas to Australia appear to have been warranted, with a sharp fall in the number of visas granted.

ARNINGS from the youth travel industry about the increase in the cost of working holiday maker visas to Australia appear to have been warranted, with a sharp fall in the number of visas granted.

Latest figures show the number of working holiday visas fell by nearly eight per cent to 103,639 in the six months to December 2013, compared to the same period the previous year.

The biggest decline was from Ireland, which fell nearly 45 per cent, according to the Department of Immigration report.

The drop was partly attributed to economic recovery in some countries as well as seasonal variations.

Numbers from the biggest source market, the UK, were also down nearly five per cent to 19,404.

But the second biggest market Germany was up 8.5 per cent and France up six per cent.

Second year working holiday visa grants – granted to young people who have worked in a specified job in a regional area for at least three months while on their first visa – rose by nearly 28 per cent to more than 24,000.

This was a flow-on effect from the record number of first year working holiday maker visas granted in 2012/13.

The Backpacker Youth Tourism Advisory Panel and ATEC strongly opposed the fee increases, warning that the number of visa applicants could fall.

“The government is making more than $100 million per annum revenue out of this visa, which is a lot of money,” YHA NSW chief executive officer Julian Ledger said.

“It’s not far off the whole of the budget for Tourism Australia.

“Clearly the higher fee isn’t helpful and even if people are happy to pay it means they have less cash in their pocket when they get here that could be going towards travel to an extra state or an extra tour or activity.

“There’s also some evidence people are looking at it as necessary to get their investment back and doing more work and less holiday, which is not so good for the tourism side.”

But Mr Ledger said Ireland, Korea and Taiwan had experienced strong growth previously, so he didn’t think the industry should be too worried.

“People from Korea and Taiwan may be coming in on a different visa instead, possibly a student visa,” he said.

Mr Ledger said he would like to see the government broaden the scheme to allow working holiday makers to work in industries beyond agriculture and construction, such as in hospitality in regional areas.

“It would be great if working holiday makers could work on an island in Queensland, or an Outback roadhouse,” he said.

“The Coalition indicated last year that they were open to new ideas, but we haven’t heard anything.”

She said she would like to see the working holiday maker visa extended to emerging markets, including China, India, Vietnam and the Philippines.

“One of the key factors we see in being critical in getting this off the ground is to walk away from the reciprocal nature of the scheme,” she said.

“China for example isn’t able to welcome Australians in the same way at the moment under its current regulations and agreements.”

Several key countries, including Spain and China, are not included in the programs.

What do you think can be done to encourage more working holiday makers Down Under?