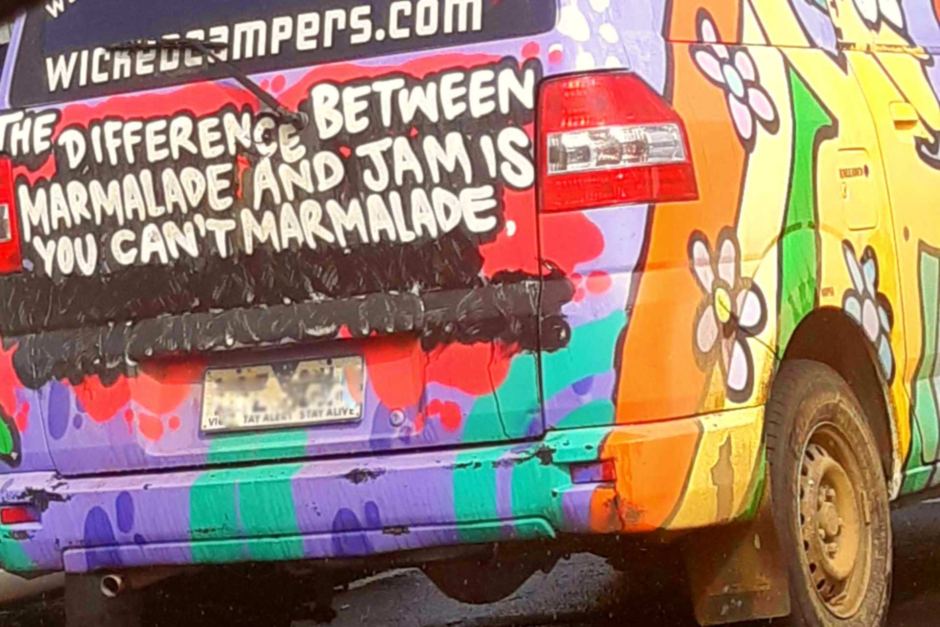 The Country Women’s Association (CWA) has Wicked Campers in its sights over its “sexist, misogynist and racist slogans” painted on its vans.

The New South Wales branch of the rural-based organisation is to lobby state and federal politicians in an attempt to have uniform legislation which could see the vans off the roads.

The Australian campervan company has faced a backlash over “misogynistic and degrading” slogans painted on the sides of their vehicles.

This latest attempt to have the vans banned comes after a CWA member took the extreme action of painting over a slogan which she argued could promote domestic violence.

Her concerns prompted the NSW north coast branch at Bangalow to frame the motion for further pressure at government level.

“Some of the slogans on these vans are so offensive,” Bangalow CWA President Di Campbell said.

“Imagine being in a camping ground and having one of these vans next to you.”

States such as Queensland and Tasmania have legislation allowing for deregistering vehicles which do not comply to advertising standards.

This can be circumvented by registering the vehicle in another state which does not have laws preventing the slogans and therefore the CWA wants collective action.

“At a COAG (Council of Australian Governments) meeting, when they all get together hopefully, this issue will be addressed,” Ms Campbell said.

“While it is state-by-state, there’ll be some national coordination to get these off the road.”

Councils say no to vans

A number of councils in the north coast region have moved against the vans.

Byron Shire Council resolved vans with an offensive slogan would be refused entry to the council-owned caravan parks.

What is offensive is at the discretion of the park manager.

The van which prompted the latest move by the CWA was spotted in the NSW northern rivers region.

PHOTO: Wicked Campers has faced a backlash over “misogynistic and degrading” slogans painted on the sides of its vehicles. (ABC News: Casey Briggs)

One woman was so outraged she marched into a local hardware store, bought paint and brush and subsequently painted over part of the slogan.

While a member of the CWA, she insists she acted on her own behalf and that in no way was it done with the association in mind or with its imprimatur.

“I decided enough was enough,” the woman said.

“You can push a person so far and then at some point you say, ‘Well, I’m going to push back.’

“This is really not on to have something as disgusting as that written on the back of a vehicle, being driven through an area where there are children and others highly offended.”

The woman in question has asked to remain anonymous as she fears there could be some retribution from elsewhere in the community.

In spite of this, she said that she would not hesitate to pull out the paintbrush if confronted again by a slogan she believes offensive.

As far as police action against the person who took to the van with a paintbrush, a spokesperson said if an officer witnessed the action then they could be arrested for malicious damage.

The spokesperson said it was more likely that action would be taken following a complaint from an owner.

Wicked Campers owner, John Webb, was not available for comment.