Vege growers want all the backpackers for themselves 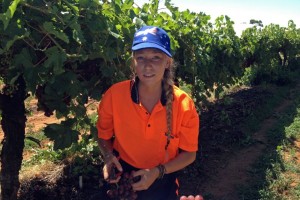 Right now Working Holiday Makers must spend 88 days working in the agriculture, mining or construction industry to be eligible to extend their visa for a second year.

Regional tourism operators are pushing for changes to the Working Holiday Visa, so that they can extend their stay by working in regional restaurants, caravan parks and motels.

But the vegetable grower’s lobby (AUSVEG) says such a change would be crippling for their sector, by making it harder for growers to source enough labour during critical harvest and packing periods. AUSVEG Spokesman Andrew McDonald said any change would have a massive and detrimental impact on the veggie growing industry. “We don’t want to see that workforce diluted by having them potentially opt for tourism jobs over the agricultural jobs that are so important to our industry.” He added.

Other horticulture sectors also expressed concern at the idea, which is expected to be a part of an upcoming White Paper looking at growing and food production in northern Australia. The Federal Government has assured the agriculture sector it will carefully consider any changes to the Working Holiday Visa.

In countering this the Chair of the Australian Regional Tourism Network, David Sheldon, said it was ‘extremely difficult’ to find enough qualified labour, and backpackers often had the basic food service and hospitality skills regional tourism operations need. He rejected the idea that letting backpackers work in tourism would hurt the agriculture sector. “I think it would open up the market and be beneficial to all sectors of the economy,” Sheldon said. “If we look at the hospitality and the produce side of the market, Australia has a big push for our local produce.

Both the sectors should be working hand-in-hand to make it successful.” Some enquires indicate that in the past 18 months there has become an over-supply of labour (in some areas) looking for harvest work, that this work is in short supply, that some backpackers are not achieving their 88 day requirements and are going home.

Also, as exampled in The Byte previously some employers are also exploiting the backpackers they employ.

What do you think should be done about the regional work requirements for the Second Working Holiday Visa? Have your say