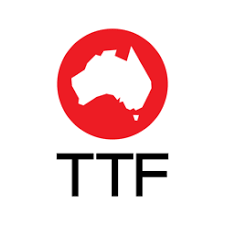 The tourism industry is warning of hundreds of thousands of job losses and a complete collapse of the sector, if the Federal Government does not extend its coronavirus wage subsidy scheme for another six months beyond the September end date.

The Tourism and Transport Forum (TTF) has written to the chair of the Prime Minister’s National COVID-19 Commission, painting a bleak picture for the industry and pleading for the JobKeeper payment to be extended until at least March 2021.

Modelling commissioned by the TTF, and released, shows monthly job losses rising from 33,000 in August to at least 133,000 by December if JobKeeper ends on schedule, with lost wages soaring from $1.3 billion to $5.3 billion in that same period — even with the return of domestic travel.

“To be perfectly frank, if there isn’t JobKeeper or a similar level of support extended to the industry, there won’t be much of the tourism industry left this time next year,” TTF chief executive Margy Osmond told the ABC.

“At this point in time, the industry is 65 per cent down on the number of jobs it would normally hold.

The Federal Government is reluctant to extend the wage subsidy beyond September, partly because of how difficult it is to define certain sectors which will need ongoing support, such as in tourism.

It is understood transitioning people to the JobSeeker unemployment benefit, and keeping it at its now higher rate — either permanently or through an ongoing supplement payment — is being discussed.

The tourism sector argued coronavirus restrictions had hit it earlier and harder than other industries. Travel restrictions and demands for social isolation at the height of the outbreak crippled tourism, transport and hospitality businesses across the country.

The TTF warned without additional support, many small and medium tourism operators may close their doors for good.

“The tourism sector is quite unique in this space — we’re absolutely governed by what will happen with the borders, both domestic and international,” Ms Osmond said.

While the sector has been looking forward to the return of interstate holidaymakers, and the much-hyped ‘Trans-Tasman Bubble‘, Ms Osmond argued it would not solve all of the industry’s woes.

“We’ll probably see less than 100,000 people coming from New Zealand over the six months after we actually open a trans-Tasman bubble, and many of them will actually be visiting friends and family,” she said.

“Your average Chinese visitor spends about $8,500 when they’re here, compared to probably around $1,500 from a local tourist.

“It’s going to take a lot of work to bring that up to scratch, and I can’t see that happening.”

Treasurer Josh Frydenberg said the Federal Government was due to review the JobKeeper program at the end of June.

“We recognise that some sectors like tourism will face ongoing challenges, particularly if our international borders remain closed for some time,” he said in a statement.

“It is critically important that we lift border restrictions as domestic tourism is worth around 70 per cent of Australia’s overall tourism industry.

ED: Have your say! Comments most welcome.