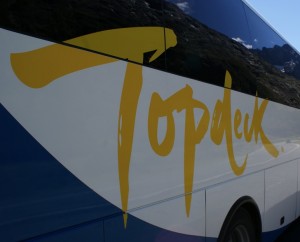 Travel company Flight Centre has defied predictions that bricks and mortar travel agencies could not survive the online onslaught by taking a majority stake in Topdeck. A deal that values the tour operator at a minimum of A$39 million (£22 million).

“We will have some small strategic acquisitions and some of these will focus on some sort of vertical integration focus, such as Buffalo Tours joint venture, they will be fairly capital light” said Graham Turner, Flight Centre CEO told ABC.

Also commenting on the changes, James Nathan, Topdeck Travel Managing Director said; „Our news today is that myself and the Flight Centre Travel Group have formed a joint venture partnership for Topdeck Travel in a similar vein to the joint venture we have with Back-Roads Touring Co”. Flight Centre’s 90% stake in Topdeck, aligns with their 67% of Back-Roads Touring, which offers a similar touring experience to travellers around the world. He added “Topdeck will continue to operate as a separate company and it will be business as usual”.

Messrs Turner and Nathan also have a lengthy history together, 11 years ago they (with others) bought Topdeck, plus through an investment vehicle Flight Centre already had a 20% stake. With Back-Roads as their example they intend to keep Topdeck rolling at arms length from ownership.

Finally, Turner says the outlook is positive, with Flight Centre in the right position to take advantage of what he calls the “new golden age of travel”.