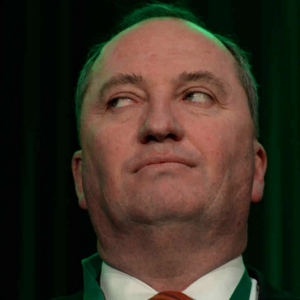 Agriculture Minister, Nationals Leader and Deputy PM Barnaby Joyce has defended the Government’s lack of action on backpacker taxes in the 2016 budget, echoing the Treasurer’s comments that the Government would have more to say soon.  The Government is delaying the introduction of its controversial backpacker tax hikes, following sustained pressure from the tourism and agricultural sectors.

For more on this take a listen to ABC’s Edwina Farley grill Barnaby on the subject in her Country Breakfast segment on ABC Radio (forward to 39:00 and listen to 55:00)

This seems timely when Mr Joyce is in a fight for the seat of New England in Northern NSW. The latest Newspoll shows Mr Joyce has a two-point primary vote lead over former independent MP for New England Tony Windsor, but Mr Windsor would win back the seat by 52% to 48% based on preference flows. Mr Windsor spent 13 years as Member for New England but retired in 2013. He has come out of retirement as he’s not happy with Mr Joyce’s handling of local issues.

WA Labor Senator Glenn Sterle as reported in Farm Weekly this morning said if backpackers weren’t accessible to far north WA communities like the Kimberley region, roadhouses, pubs, resorts, restaurants, caravan parks, supermarkets and shopping centres would be in dire straits, „before we even start talking about fruit picking”. “How the hell do they think the melons and the mangoes and everything else that grows in Kununurra gets into the back of a truck and down to the markets in Perth – it’s backpackers,” he said. Senator Sterle said the Coalition’s defence of the tax increase and members saying “watch this space” was “just bullshit”.

With an election looming and so much anger over the backpacker tax in rural communities, Mr Joyce rejects any suggestion that his Government was playing politics with farmers’ (backpackers and backpacker businesses) livelihoods by delaying the announcement of its intentions. “I know that people want a discussion on the backpacker tax and nothing else,” he said. “I can assure you that we are negotiating a solution there, and there is more to be said in the coming period, I’d say in the immediate coming period, and no I’m not going to be announcing what that solution is today,” he told ABC Rural in his first interview following the 2016 budget.

In the 2015 budget, the Coalition announced its plan to scrap the tax-free threshold for backpackers, and to tax them at 32.5% from their first dollar earned, from July 1 this year. It was proposed by the previous Treasurer (Edit. supposedly going) to save the Commonwealth $540 million over four years through the changes. The new Treasurer is currently reviewing those numbers.

Backpackers make up about a quarter of the national agricultural workforce, and up to 85% of farm labourers in the Northern Territory. Farmers say the changes will deter travellers from coming to Australia, and make it impossible for them to find the workers they need. While Senator Bill Heffernan suggests “It’s a disastrous bloody outcome. We are going to go topsy turvy in the bush and the government, I don’t give a rat’s arse … they’ve got to sort it.” Clearly the Opposition are loving this with Labour Party candidate for McMillan, Chris Buckingham one to talk about Coalition going into Meltdown over this issue. However, Labour have not said they will also repeal this tax if voted into government in July, so some fence-sitting it taking place there too.

Is Mr Joyce speaking truthfully? Or is his government actually delaying this national issue for his own local needs?  Have your say.

All sources are linked in this article.