TECH BYTE: WeChat, so what is this social platform used by millions of Chinese consumers? 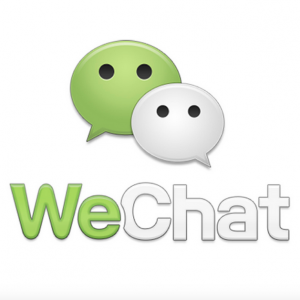 WeChat is a Chinese social media platform, and it began its life as a project from Tencent’s Research and Project Centre in Guangzhou. It was created by engineer Xiaolong Zhang as an all in one service to chat with friends and family.

‘Hybrid’ might be the best word to describe WeChat, as western markets have no real direct comparison to the service. If you combined Twitter, WhatsApp, Instagram, and Twitter in a Frankenstein-style application and then gave it a coat made from PayPal, you might come close.

In the five years between its launch in 2010 and 2015, WeChat accrued 600 million active users, and expanded it’s scope to include payment services, appointment booking, and ‘Moments’, a hybrid of Instagram and Snapchat stories. In contrast, 15 million people in Australia currently use Facebook, which is far beyond any other form of social media; Twitter comes in at 2.8 million users.

WeChat is now estimated to have over 760 million active users worldwide, or over 50 times the user base of Facebook in Australia. The majority of those users reside in Mainland China, and Australia does have a much smaller user base of around 1.5 million people.

For Australian businesses, creating an “overseas account” is quite easy, but the drawback is the account won’t be visible to this 700 million strong users in Mainland China. To create an “official account” on WeChat, a business requires the Chinese equivalent of an Australian Business Number (ABN). This is difficult, but certainly not impossible, but businesses can’t arrive on Chinese shores and market their goods and services in the same way they might in Australia. There are a number of things that must be taken into account.

Ophenia Liang, director and co-founder of Digital Crew, has worked in Chinese marketing for over five years, and started up Digital Crew to help Australian businesses get a foothold in the Chinese market. Liang said that comparing WeChat to other social platforms such as Facebook is largely inaccurate, calling it instead “something between WhatsApp, Twitter, and a mini-Facebook.”

Liang says in order to successfully market in China, businesses need to first understand the cultural layout and consumer mindset. “Chinese who were born prior to the 1980s were born into a totally different environment to modern day China. They have more of a concept of what rich and poor look like,” says Liang. “Those born after 1990 haven’t experienced the bad parts of Chinese economy, and they’re not worried about saving. This makes them much more prone to spending.”

China’s prosperous past years has seen many consumers reach adulthood with a great deal of disposable income, says Liang. This is exacerbated by the single child policy, which often means children will benefit especially from their parent’s property and income.

One of the many things that throw western businesses off marketing in China is the difficult to overcome the language barrier. Although the number of Chinese speaking westerners are increasing, many businesses often lack a bilingual employee. Liang highlights the importance of correct translations for copy on Chinese websites, which also applies to content shared on WeChat. Liang stresses that businesses “can’t just do Google translations”. “Chinese websites tend to be a lot more crowded with a lot more information on them, so if you want to appeal to Chinese customers you need to give them something familiar,” Liang says.

As for tourism, some major growth is in the winds as well with Chinese visitors are expected increase from 13% in 2014-15 to 26% by 2024-25. “By 2024-25, one in every four international visitors travelling to Australia will likely be from China. But with more than 200 million Chinese travellers expected to be heading overseas by 2020, Australia will still be capturing less than 1% of this lucrative market” says Margy Osmond, CEO of the Tourism & Transport Forum.

Australia’s visitor economy is on track to generate $127 billion in overnight expenditure by 2020 backed by a surging Chinese visitor market according to the latest tourism forecasts.

How can more youth tourism busienesses tap into the Chinese market? WeChat is one option but does have its access issues, scale businesses can afford to talk to Chinese inbound operators but what about the ‘little guys’? Can they market successully off shore? Or are they best maintaining a focus on Chinese VFR and International Students?