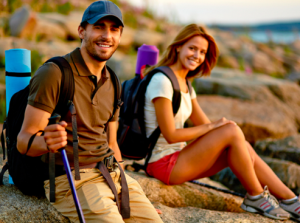 A Tasmanian has been accused by The Fair Work Ombudsman of paying backpackers as little as $1.35 an hour for working in his hardware store and cafe in Queenstown, Tasmania.

Harold Jackson engaged the backpackers, all aged in their 20s, to perform duties including sales, cleaning, labouring and construction. He allegedly told Fair Work inspectors that the backpackers were ‘guests’ or ‘volunteers’, rather than employees.

Mr Jackson strongly denies the allegations. He said these claims, arise from “a long, ugly story”, are “completely untrue” and he will defend the action in court.

One woman, in her 20s, allegedly agreed to work for Mr Jackson in September 2013 after he promised to sign off on the second year of her working holiday visa. The watchdog investigated the matter after receiving her complaint. Two of the backpackers were recruited through ads on Gumtree stating “88 day second year work visa sign off is available”. In total five backpackers From Italy, the UK & Japan worked for him between July 2013 and February 2014.

The Ombudsman director Craig Bildstien said it is believed they were collectively underpaid a total of almost $43,000. He added “We’re talking fines of $10,200 for an individual and $51,000 for a company per contravention. We allege that he was recruiting working holidaymakers wanting to stay in Australia for a second year, but substantially underpaying their minimum lawful entitlements.”

A 417 visa allows 18 to 30 year olds from 19 countries to spend a year earning an Australian wage of from $22.00 per hour. If they then spend 88 days of that year in a regional area, and in an industry where workers are hard to come by, they are allowed to stay another year.

Mr Bildstien also said that underpayments were a national issue and penalties were severe. Between July 2011 and June 2014, the Ombudsman dealt with 5633 complaints from visa-holders and recovered more than $3.2 million in outstanding wages and entitlements.

What do you think should be done about the regional work requirements for the Second Working Holiday Visa? Have your say