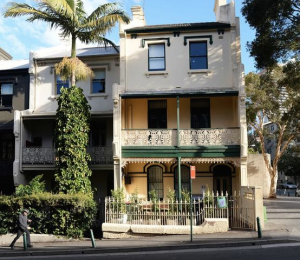 Following our recent story that Victoria’s Swan Hill Council has pleaded for greater assistance from the State and Federal Governments in dealing with the issue of over-crowding and illegal housing  (The Byte, 23 July 2014), this week, there’s news that the Victorian Minister for Consumer Affairs, Heidi Victoria, has stepped up to the challenge.

A spokesperson for Minister Victoria said Consumer Affairs Victoria will work with the Swan Hill Council to “assess the situation and determine how relevant laws, including the Residential Tenancies Act 1997 and Building Act 1993, may apply”, according to a report in local newspaper The Guardian.

Investigations at more than one property found houses were not following standard safety requirements. According to council guidelines, certain facilities must be provided in a rooming house, including basic cooking and bathroom facilities and smoke alarms must be installed.

Meanwhile, the owners of a heritage-listed building in Sydney’s Rushcutters Bay have been told to stop using a Victorian-era house as a backpacker dive after the City of Sydney council told them to shut up shop in early July.

The home was being used as a boarding house when an order to cease using the property for accommodation was served on July 1 according to The Daily Telegraph.

The owners lodged a development proposal to convert the dwelling into a boarding house with a capacity of 12 lodgers the day after they were served with the order. The proposal, lodged by architects John Avigdor & Associates, is displayed at the property.

The architects said they had no knowledge of the unauthorised boarding house previously operating at the three-storey home.

Council officials said they were frustrated by current laws that prevent them from inspecting illegal backpacker hostels without first obtaining search warrants.

“To obtain a search warrant, councils must have reasonable grounds to believe a breach of the Environmental Planning and Assessment Act is occurring, a City of Sydney spokeswoman said.”

“This can be difficult to show if council officers have been refused access as their ability to gather evidence is compromised and evidence of illegal use may be removed before an inspection.”