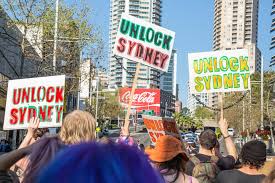 Shots and strong drinks would flow all night and Sydney’s lockout laws would be scrapped everywhere except Kings Cross if recommendations from a report into the city’s economy after dark are adopted.

The report, prepared by a NSW Parliamentary committee and released last week, also recommended licensed venues be able to serve drinks in glasses, instead of plastic cups, until the early hours.

It argues most of the suite of regulations introduced by then- Premier Barry O’Farrell in 2014 to curb alcohol-fuelled violence should be “removed urgently”, including:

Liberal MLC Natalie Ward, who chaired the committee that handed down the report, said Sydney could be forgoing $16 billion of economic activity by not capitalising on the night time economy.

“Australia only has one truly global city and that is Sydney,” she said.

“We have the best city, the best harbour and the best offering.”

“Melbourne might think it is in the race, but it absolutely is not, it is Sydney, so it is important that we reflect that in our night-time economy.”

Earlier this month, Premier Gladys Berejiklian hinted the laws would be scrapped but failed to commit to those changes when questioned during a press conference.

PHOTO: The lockout laws have been a divisive issue in Sydney. (ABC News: Jean Kennedy)

The report has recommended lockout laws be retained in Kings Cross.

Despite a report showing foot traffic falling dramatically in the area, it said Kings Cross had not sufficiently changed to warrant a complete reversal.

Alex Greenwich, the independent MP for Sydney, said “good things can happen after 1.30am”.

“I would love to see by Mardi Gras 2020 us being able to dance until dawn again,” he said.

“Good things can happen after 1:30am, I met my husband on a dance floor in a gay bar on Oxford Street after 1:30am.”

Police Minister David Elliot said he would take the advice of police when it came to considering the report’s recommendations.

“The police commissioner and I will go through that report and we will see what sort of feedback we will give government and I will certainly take the views of the police force to cabinet if required,” he said.

“It would not be the first time I am at odds with everybody.”

Tyson Koh from Keep Sydney Open, which was formed to oppose the laws, said repealing the laws would be a huge win for businesses, culture makers and ordinary Sydneysiders.

“We hope that the confidence, the reputation that’s been lost of Sydney as a global city will be restored and we’re looking forward to really taking our place as a cultural capital again,” Mr Koh said.

He said he hoped in the future the government would go further than the committee’s recommendations.

“Hopefully we are hoping to see change on the horizon within Kings Cross in the next year or two,” he said.

“We are also hoping to see changes to the liquor freeze which means new venues can’t open up within the city.”

St Vincent’s Hospital in Sydney’s inner city said the city was likely to experience an increase in alcohol-related harms if the Berejiklian Government accepted the recommendations.