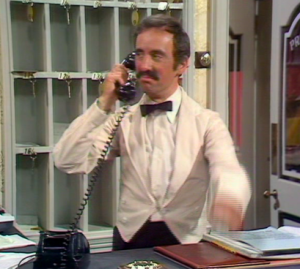 The Accommodation Association of Australia is alerting members to the case of a 24-year-old South Korean backpacker working in a Brisbane restaurant who was underpaid more than AUD$2200 in just seven weeks, these unlawful pay rates have been investigated and exposed by the Fair Work Ombudsman.

The employee was in Australia on a 417 working holiday visa and took a casual job at a restaurant. After receiving a request for assistance from the employee, Fair Work inspectors found he had been paid a flat hourly rate as low as AUD$14, which was below the minimum required under the Award.

When advised that the pay rate was unlawful, the employer claimed the employee had agreed to AUD$14 an hour, as it was better than the AUD$10 cash-in-hand he was getting previously at another restaurant.

This restaurant is also now under separate investigation.

However, Fair Work Ombudsman, Natalie James, says it is not lawful for an employer to pay below minimum entitlements, even if the employee agrees. “Businesses cannot arbitrarily decide what pay rate they will provide to their employees without reference to lawful minimum rates,” she said.

The case is not the first time this employer has come to the attention of the Fair Work Ombudsman. It was previously required to back-pay AUD$1819 to an employee in March.

As a result of its latest contraventions, the company has entered into an Enforceable Undertaking (EU) with the Fair Work Ombudsman. It was required to fully reimburse the former employee AUD$2281 for work performed between April and June this year. Further, it posted a workplace notice advising other employees of its contraventions, giving a commitment that such behaviour will not occur again.

Ms James says the matter highlights that employers are responsible for ensuring they are aware of the lawful minimum pay rates that apply to their employees and paying them accordingly. “Successful compliance actions such as this one help us to create a level playing field for employers who are doing the right thing and complying with lawful minimum pay rates,” she said.

Enforceable Undertakings were introduced by legislation in 2009 and the Fair Work Ombudsman has been using them to achieve strong outcomes against companies that breach workplace laws without civil court proceedings. “We use Enforceable Undertakings where we have formed a view that a breach of the law has occurred, but where the employer has acknowledged this and accepted responsibility and agreed to co-operate with us and fix the problem,” said James.

“Many of the initiatives included in EU’s help to build a greater understanding of workplace responsibilities, motivate the company to do the right thing and help them avoid the same mistakes again.