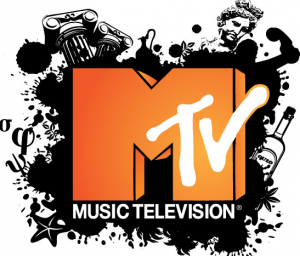 In a series of high-quality, sharable episodes inspired by first-hand experiences at NSW events such as CMC Rocks The Hunter, Byron Bay Bluesfest and Top Gear Festival, and a road trip from Sydney to Byron Bay, the native online series is featured on MTV and mtv.com.au, MTV’s global travel site mtvtravelco.com and via Destination NSW’s online channels.

The latest installment features Andrew Smith, who recently completed his role as NSW Chief Funster as part of Tourism Australia’s “Best Jobs in the World” competition, documenting his 800km road trip from Sydney to Byron Bay in a 1970s Ford Fairlane 500.With stops in places such as Boomerang Beach, Dorrigo and the banks of the Clarence River, Andrew’s narration talks to his “reflection on the unexpected” with the breadth of experiences NSW has to offer.Eventually arriving at the Byron Bay Bluesfest, Andrew says, “I think my advice to people who want to travel to Regional New South Wales is really simple… just go.”

On Sunday 13 July, the fourth installment premieres online when Clairy Browne and the Bangin’ Rackettes will take viewers through their experience of joining the bill at the Byron Bay Bluesfest for the first time. Lead singer Clairy Browne talks about her love of music, affinity for Byron Bay and excitement to be performing at one of NSW’s premier music festivals.Other installments of the online native series follow MTV VJ Kate Peck to Top Gear Festival in Sydney to document her obsession with motorbikes, and country influenced rock band We the Ghosts performing at CMC Rocks the Hunterin March.

Destination NSW Chief Executive Officer Sandra Chipchase said, “Destination NSW is delighted to continue this partnership with MTV, which complements our broader strategy to engage with youth travellers in innovative ways, and show people what a diverse and fun place NSW is to visit. The NSW Chief Funster, Andrew Smith, has been a fantastic ambassador for youth travel to our State, demonstrating the breadth of experiences on offer first-hand. The inclusion of Andrew in this series is a great fit, making for an entertaining and inspiring installment.”

The partnership began in 2012 when MTV was commissioned by Destination NSW to produce NSW Unmapped, a six-part online series documenting the journey of international travel bloggers across the State.The content was showcased on-air and online by MTV Australia, online with Destination NSW (www.sydney.com/workstudyplay) and internationally across MTV sites in US, Canada and UK.In 2013, Destination NSW again partnered with MTV on mtvtravelco.com, bringing Sydney and surrounds into the global digital platform designed to give young travellers local insights to party, play, explore, shop, chill and live like a local in tourism hotspots around the world.