More tourists for Tasmania, but they won’t be working backpackers 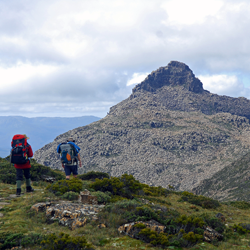 The Tasmanian government together with the tourism industry have created a blueprint to ensure the state is ready to meet a tourism target of 1.5 million visitors a year.  Through the five-year T21 agreement those involved will work on four priorities: growing demand for travel to Tasmania; expanding air and sea access; investing in quality tourism infrastructure; and building capability.

Premier and Tourism Minister Will Hodgman said it was a “watershed’’ time for the industry. In 2014, the state experienced a 38% jump in the number of Chinese visitors and was on track to mark one million domestic visitors for the first time in a 12-month period. Tasmania has the highest number of tourism industry employees per capita of any state, which is handy as the target of 1.5 million visitors is more than double the population of the state.

About 50,000 backpackers visit Tasmania each year and while they are a core market for the state, many are concerned the backpacker tax will be a deterrent. In May, Tourism Industry Council of Tasmania chief Luke Martin said imposing taxes on working tourists would drive them to places like New Zealand. “If you’re backpacking and wanting a working holiday and you’re looking at Australia or New Zealand, right now you look at Australia [and] you’re going to get taxed 35 cents in the dollar, and in New Zealand you’re going to get taxed zero.”

For Australia’s largest international markets, the following changes to visitor numbers to Australia were recorded in the year ending June 2015: New Zealand, up 3%; China, up 22%; United Kingdom, showing no significant change and the USA, up 9%.

Do you think Tasmania is tourism ready for this type of growth? Do Tasmanian operators think the ‘backpacker tax’ is a deterrent to backpackers living and working there? Have your say.