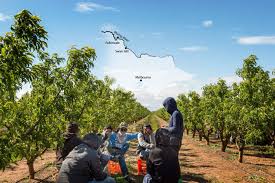 A MILDURA labour hire operator has been jailed for six months for tax fraud offences related to ‘phoenix activity’ in the horticulture industry.

Suleyman Erdogan, 51, was convicted in the County Court this week for Pay as You Go Withholding fraud afte the Australian Taxation Office found he failed to remit more than $664,000 in PAYGW from 49 employees to the ATO.

Mr Erdogan also arranged for more than 136 false income tax returns to be lodged on behalf the employees.

The court was told many of the tax returns were lodged on behalf of people on working holiday visas using identities of former employees who had let the country.

Mr Erdogan was the director of Sunraysia Harvesting Contractors (SHC) which offered farm work including fruit pruning, picking and packing services to locations in Queensland and Western Australia.

The court was told Mr Erdogan and Samantha Toffoletti, a financial services advisor at SME’s R Us, registered two shell companies – Danood and Jameron – to sub-contract the services of SHC.

The ATO investigation found the shell companies were registered to take on the liability of tax for the employees of SHC with $664,711 in PAYGW tax owed to the ATO.

Mrs Toffoletti was convicted and sentenced to an 18-month good behaviour bond, for dishonest use of her position as an employee of SME’s R Us Pty Ltd.

“By deliberately defrauding the tax and super system including claiming a refund you’re not entitled to, you are stealing from the whole community and disadvantaging Australians who do the right thing,” he said.