What’s going on in New Zealand? 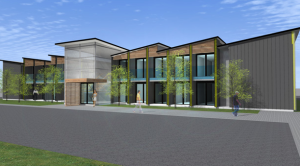 A hugely popular Chinese reality show shot in New Zealand could be worth $80m of advertising, as 300 million Chinese watched the first series.  New Zealand has became the first international destination on the show with an episode following five celebrity fathers and their children on an adventure to mystery destinations. Filming has been carried out in the central North Island with Tourism New Zealand and Air New Zealand working together to create 200 minutes of the country’s landscapes, people and activities. The show would air in China later this month.
Source: radionz.co.nz

A new multimillion-dollar 300-bed backpackers in Bealey Avenue will help replace accommodation lost in the Christchurch earthquakes announced hospitality operator Max Bremner. Mr Bremner estimated the cost of the project at $7 million to $8m. “I am spending a lot of money – it’s going to be quite sexy by the end of it.” The two-storey lodge will have a mix of rooms from en-suites to bunkrooms, with nightly rates ranging from about $30 to $120. Amenities will include kitchen and lounge facilities, car and bus parking, and a swimming pool.

Construction starts next month and should be finished by June. He hoped the complex would boost the central city by replacing lost budget beds. Christchurch and Canterbury Tourism research shows 30 per cent of international visitors to Christchurch want backpacker accommodation. The city has 460 backpacker rooms, 41 per cent fewer than pre-quake, in 27 properties.

Available hostels in central Christchurch include YMCA and YHA sites plus smaller lodges. New ones in the pipeline include the 96-bed lodge in the proposed Hotel on Hereford, while another 200-bed backpack lodge is planned for the airport campus.  Great news for New Zealand’s budget accomodation sector