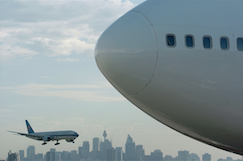 International travel continues to grow at a phenomenal rate, with 517 million international tourists crossing borders in the first six months of 2014, according to data released this week by the United Nations World Tourism Organization (UNWTO).

International tourist arrivals grew by 4.6 per cent in the first half of 2014. That means 22 million more travellers have visited a foreign country between January and June than in the same period last year.

Growth was fairly consistent across the board with the Americas, Europe and Asia all posting between five per cent and eight per cent arrival increases year-on-year.

The greatest growth for particular regions was reported in South Asia and Northern Europe, which each experienced an eight per cent spike in visitation.

Traditionally strong source markets including Australia, the United States, and Canada continue to show a rebound in travel spend abroad thanks to still improving economies. Growth in the Asia and Pacific region increased by five per cent overall on the previous year.

This is an important trend to track as many destinations and travel companies have started to alter their product offerings and communications to meet the needs of these emerging markets.

The only region to report a decrease in visitation is the Middle East, which, the UNWTO warns, could be because of a lack of data available in the region.

“Despite geopolitical and economic challenges, the number of international tourist arrivals has grown by five per cent per year on average since 2010,” said UNWTO Secretary-General, Taleb Rifai.

For the full year 2014, international tourist arrivals are expected to increase by four per cent to 4.5 per cent worldwide, above UNWTO’s long-term forecast of 3.8 per cent per year for the period 2010 to 2020.