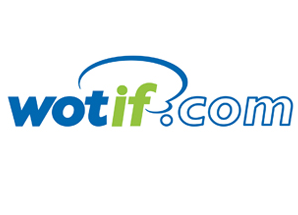 “With less competition, higher commission fees and reduced hotel margins, this cannot be good news for consumers,” he said.

“The AAoA, the AHA and TAA all believe that Wotif is a well-established and high-profile agency for accommodation bookings in Australia and is an important competitive player in the market, constraining international efforts to control the Australian industry.

“Rejecting the acquisition would have maintained choice for accommodation providers between multiple, foreign and Australian operators with different commission models for selling their rooms online through third-party websites,” Munro said.

The Australian Competition and Consumer Commission (ACCC) recently announced it would not oppose the proposed acquisition.

“The ACCC noted the concerns raised by market participants that Wotif represented an important source of bookings for some accommodation providers and that its removal from the Australian market may result in them paying higher commission rates to online travel agents (OTAs),” said ACCC chairman Rod Sims.

“However, the ACCC found that there has been considerable change in the competitive dynamics of the online accommodation distribution market in recent years. This has included new entry by a number of competitors and business models, including Booking.com, which has grown quickly to become the largest OTA in Australia.”

The ACCC also noted the increasing importance of metasearch sites such as TripAdvisor and Google Hotels Finder, which aggregate the offers of hotels and numerous OTAs in one place for consumers to choose from. TripAdvisor is consistently one of the top two travel-related websites visited by consumers in Australia.

“The ACCC considered that the acquisition was unlikely to diminish the dynamic nature of the industry. Disruptive developments from smaller OTAs and from companies in related online sectors, such as the metasearch providers, can be expected to constrain Expedia in the future,” he added.

For these reasons, the ACCC concluded that the proposed acquisition was not likely to result in a substantial lessening of competition.

Expedia is currently estimated to hold 10 per cent of the Australian hotel portal market. With the acquisition of Wotif, this could grow to 45 per cent, according to industry sources.

Do you think the acquisition of Wotif will negatively impact the Australian accommodation industry? Have your say.