Immediate drop in WWOOFers on farms 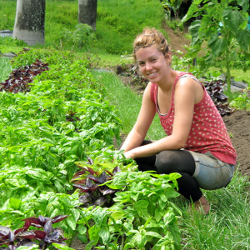 There has already been a 50% decrease in the number of travellers signing up for the Willing Workers On Organic Farms program, which is having devastating effects on their farming operations. As of November 19, volunteering is no longer part of the 88 days of employment needed for a 417 visa extension.

The Department of Immigration changed the eligibility criteria in response to exploitation of overseas workers in the agricultural sector, however the knock-on effect to farmers has been debilitating.

WWOOF Australia manager Traci Wilson-Brown said her organisation, which matches around 12,000 willing workers with some 2,700 host farms, experienced an immediate drop of 39% in enquiries after the changes were announced. Since the changes came into effect in September, fewer than half the normal number of WWOOFers have signed up.

“A lot of them [organic farmers] are facing having to sell their properties because they don’t know how they’re going to keep going,” said Ms Wilson-Brown. So far, more than 5,000 people have signed an online petition circulated through change.org to overturn the changes.

Ms Wilson-Brown told The Byte she is attending the Senate Committee on Temporary Work Visas hearing in Melbourne this Friday to put forward their case. “We are trying to have this overturned as it has had a devastating effect on our hosts and volunteers,” she said.

We will hopefully have some good news to report on soon, stay tuned.

Have you signed the petition?