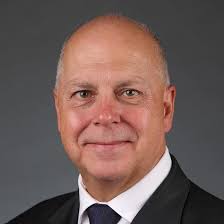 More than 30 workers have been found crammed into a three-bedroom house, each paying $100 a week, in a shocking abuse of workers in Victoria‘s labour hire businesses.

In other cases, workers were found to be sleeping on thin mattresses in garages, without access to bathrooms or kitchens, while other employers were caught charging workers to watch television or for the use of work tools and underpaying workers thousands of dollars.

The shocking abuse of workers has been revealed amid the launch of a new licensing regime for the industry.

Hundreds of labour hire operators have walked away from the business, rather than comply with the new licensing system that is designed to drive out of the business any dodgy operators who exploit, abuse or mistreat workers, the state government revealed on Wednesday.

Only labour hire providers who have been granted a licence or who have made an application are now allowed to operate in Victoria, with more than 4300 companies and individuals applying for official accreditation.

Anyone caught hiring out workers without a licence, or without an application working through the system, will now be subject to prosecution and fines worth $500,000.

But Labour Hire licence commissioner Steve Darvegal said last week that hundreds more had abandoned the process and would walk away from the business, unable or unwilling to prove their compliance with workplace, immigration and other laws and regulations.

“The days of ‘don’t ask, don’t tell’ when it comes to labour hire, are over,” the minister said.

“We need people to understand that a complete failure to comply with these rules will ultimately mean that you’re subject to fines in excess of half-a-million dollars for each and every offence.”

ED: Are you aware of any other similar incidents? Let us know or comment here