The Hotel Windsor in Melbourne could become a hostel 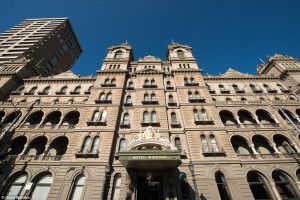 If all else fails, just turn it into a hostel. That’s a likely outcome for the historic 19th century Hotel Windsor in Melbourne, if the owner’s $330 million redevelopment plans are refused.

The Halim Group, who have owned the city centre hotel for 10 years said the property could shut within two years or be turned into backpacker accommodation unless granted an 18-month extension from the Victorian Government to carry out the planned redevelopment, The Age reports.

Halim Group’s hotel director Adi Halim is confident that as a hostel it would actually turn over more of a profit than it currently is a high-end hotel.

“I have sought advice on what I can do without a minister’s permit because I can’t go for another six years of dealing with successive planning ministers who keep changing their mind,” Mr Halim said. “I can create a backpackers lodge without a permit and it would make more money than the present hotel, but I would do that reluctantly. “I could create apartments with a permit, but Melbourne has enough of those. The only certainty is the Windsor can’t remain as a decent hotel.”

The hotel was originally named The Grand Hotel until 1920 when it was renamed Windsor Hotel in honour of the Royal Family and was one of the most celebrated and luxurious hotels in Melbourne. Since then it has welcomes guests such as prime ministers, celebrities such as Katherine Hepburn, Meryl Streep, Sir Richard Branson and Mohammad Ali.

The matter is due before Victorian Civil and administrative Tribunal in December.

Can a hostel make more money than a prestigious hotel? Does Melbourne need another large hostel? Have your say.