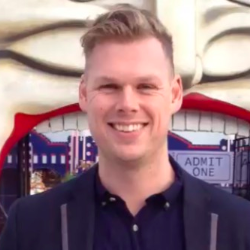 In the latest Australian Government Federal Budget, Treasurer Joe Hockey announced that from July 1, 2016, working holiday makers will be taxed at 32.5% from their first dollar earned.

Under current tax laws, if a working holiday-maker stays in Australia and is in one place for six months or longer, they are deemed a resident and therefore able claim the tax-free threshold. What this means from a financial perspective is that on average they claim tax back of about $2400.

The full extent of these recent announcements are yet to be seen but when also combined with the increase in visa application fees in recent years (now a world high $440), Australia may well see far fewer working holiday-makers in the future.

Countries such as Canada and New Zealand, which are also a popular working holiday destinations, are experiencing accelerated numbers of these tourists.

Consequently there is a considerable impact to the fruit-picking and farming industries which rely heavily on this section of the community for flexible labour. This may well have ramifications across the leisure and tourism industry, particularly in those rural areas, but also around Australia due to lower spending levels from these widely dispersed tourists.

Based on the announcement, the changes will not impact tax returns lodged by backpackers for the years ending June, 2015 or June, 2016.

Working holiday-makers currently in Australia may therefore be less concerned with this unless they are considering applying for a second-year visa and working in Australia from July 1, 2016 onwards.

Craig Gorton is co-founder of pinkcow.com.au a specialist in tax and superannuation services for travellers working in Australia.