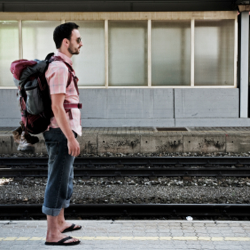 The number of Irish backpacker numbers in the country have declined by more than half in the past three years and this is a major concern for Australia’s tourism operators and farmers, they rely on the Irish to work in hospitality and fruit picking. There were nearly 12,000 working holidaymakers from Ireland given 417 visas in 2012-13, but that number dropped by 56% to just over 5000 people in the last financial year. Meanwhile, the hospitality industry is suffering a shortage of 38,000 workers, which could grow to 120,000 within four years, according to a recent Deloitte Access Economics report.

Approval for the subclass 457 visa also dropped in the same time period. The number of Irish workers granted this visa dropped by 43% to 3,760. On the other hand, 6,171 Irish workers became permanent residents, up 18%. Many Irish backpackers are choosing to go to Canada, the flight time is shorter and the fees are smaller. Some say Canada is desirable because of the ‘football friendly time zone’ – and on a more serious note, you could even say the working conditions are more desirable.

Tourism and Transport Forum CEO Margy Osmond said the cost of a working holiday visa in Australia – now at $440 – this is a major turn off for backpackers, as is the axing of the $18,000 tax-free threshold, proposed to begin on July 1, 2016. Richard Mulcahy, CEO of industry body AUSVEG, said Australia needs to boost its appeal to its core international markets. “We are facing a very real threat to the future of our industry,” he said. “The working holidaymaker program, and especially the second-year visa extension for regional work, is a huge contributor to the on-going productivity and profitability of the Australian vegetable industry.”

Ms Osmond believes “providing affordable visa options for backpackers wanting to work on their holidays must be made a priority if the Australian government wants to reverse the decline in the number of visas being issued.”

Should we be concerned about the luck of the Irish being over? Is Australia losing its appeal to backpackers? Have your say.