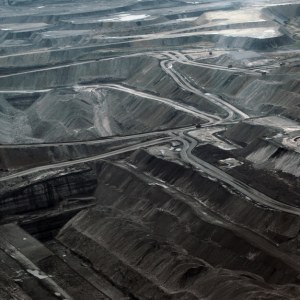 The expansion of the Abbot Point Coal Terminal near Bowen in north Queensland has been given the go-ahead, despite environmentalists who fear this will inevitably damage the Great Barrier Reef. Federal Environment Minister Greg Hunt has approved the dredging, which will make Abbott Point one of the world’s largest coal ports, even though it puts at risk one of Australia’s most iconic attractions (the Reef). Late last year Mr Hunt approved the new proposal (the third), allowing the port expansion to proceed.

The controversial plans were recently altered after lobbying from environmentalists and there are now plans to dump the dredge material on land, rather than it going back into the ocean. Mr Hunt has put strict environmental conditions on the expansion, such as monitoring the water quality around the area, monitoring ship movements, and making sure that dredge spoil does not go back into the ocean. In a statement, coal mine owners, Adani Enterprises said they welcomed the announcement by Mr Hunt.

“The expansion of Abbot Point, the lifeblood of Bowen, is key to Adani’s plans to deliver 10,000 direct and indirect jobs and $22 billion in taxes and royalties to Queensland,” the statement said. However, on the flip side, this comes at an immeasurable cost to the ecosystem, jobs and economy, and also Australia’s reputation. To damage that reputation would do untold damage and impact all Australian tourism, as The Byte has repeatedly reported.

The region around the port is home to dolphins and dugongs, which rely on the seagrass there for food. It is also a habitat for turtles and giant manta rays and is in the path of migrating humpback whales. Dredging is not only irresponsible for the reef, it’s also deemed irresponsible by many members of the tourism industry with some believing it will set the agenda for future port  developments along the north Queensland coast. Around a year ago, Daniel Gschwind chief executive of the Queensland Tourism Industry Council, voiced these fears to ABC news.

“We know that the Great Barrier Reef is probably the one thing that attracts more people to Australia and to Queensland than any other natural attraction. So for us to toy with it, to put it at greater risk than it already is, is simply not in our interest and it certainly isn’t in the interests of future generations.”

Are the new dredging conditions enough to save the Great Barrier Reef? Should we be risking it? Have your say.