Government hones in on ‘seedy underbelly’ 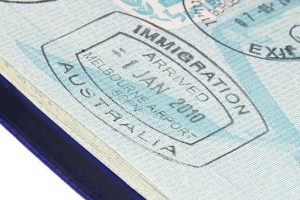 Despite 52 illegal workers being caught on Victorian farms over a three-month period between March and May this year, not one farm business or employer has been fined or prosecuted to date.

Recent figures released by the Australian Department of Immigration and Border Protection (DIBP) show 52 overseas labourers were detained after being caught working illegally on farms in Victoria. Numerous cases of foreign worker exploitation have been reported in the Victorian horticulture sector, including the use of illegal workers and underpayment of labourers.

Earlier this month, the National Party voted unanimously at its federal council meeting to push for a national taskforce to co-ordinate greater enforcement of existing laws and agencies across the country.

Nationals MP Keith Pitt said the move was another step to tackle unscrupulous labour hire firms. He said allegations and complaints ranged from the underpayment and exploitation of workers, to tax evasion, visa breaches, racial discrimination, intimidation of farmers and overcrowding in private residential dwellings.

“It’s not just happening in Gippsland or in my electorate of Hinkler in Queensland. This is a national issue that needs a national approach,” he told regional Queensland newspaper, The Weekly Times (2 September 2014). http://www.weeklytimesnow.com.au/news/politics/national-party-votes-on-taskforce-to-address-exploitation-of-foreign-workers/story-fnkerdda-1227043472179

Pitt said a “multi-jurisdictional, multi-portfolio” taskforce would likely include Federal, State and Local Governments and Federal and State police forces.

However, Victorian Farmers Federation president, Peter Tuohey, countered that farmers should take some responsibility as they still had a duty of care even if they used labour hire companies.

“Even though there is a labour shortage we don’t want to be a place where people’s rights as an employee are abused,” he said. „[Overseas workers] still have the right to get the correct wages.”

According to DIBP figures, 552 warning notices were issued to businesses across Australia in the financial year to 30 June 2014, after 2550 illegal workers were caught in Australia.

But the notices are an administrative warning and carry no penalty, prosecution or fine. This is despite tougher laws around using illegal workers by the previous Federal Labor Government, where businesses face penalties of $3060 to $102,000 per illegal worker.

The Government claims it had ramped up field visits by immigration officials this year, conducting 1874 visits between April and September this year — up from 1508 for the same period the previous year.

Raids carried out by DIBP officials at Sale, Robinvale and Shepparton in Victoria, resulted in the capture and detention of illegal workers from countries as diverse as China, Fiji, Indonesia, India, Malaysia and France. However, to date, not one employer has been fined or prosecuted.

Immigration Minister Scott Morrison says illegal workers are the new frontier in border protection and the Government would be “as tough on enforcing immigration laws in the workplace as they are the border”.

What do you think is the best way to deal with illegal workers? Have your say.

[Image] The Government has ramped up its field visits by immigration officials this year. Photo: The Weekly Times