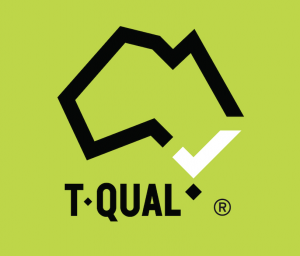 The Australian Government last week shut down the National Tourism Accreditation Framework, known as T-QUAL accreditation, with the decision taking effect from 30 June 2014.

According to Trade and Investment Minister, Andrew Robb, the move comes due to „a tender for industry management of the scheme failing to find a sustainable and self-funding business model for its ongoing operation”.

Launched with much fanfare at the Australian Tourism Exchange (ATE) in 2011, the then Tourism Minister, Martin Ferguson, said the voluntary scheme was part of the National Long Term Tourism Strategy, with the TQUAL mark to be backed by the government and Tourism Australia’s „global marketing power”.

The axing of the T-QUAL program has divided the industry. Many operators are furious at T-QUAL’s demise, with The Byte learning that some have only just reprinted all their collateral to incorporate the T-QUAL logo after undergoing the accreditation process. In a letter to members last week, Ward Tilbrook, Chief Executive of the South Australian Tourism Industry Council (SATIC) apologised to operators for the short notice, but said industry associations around Australia had only received the letter from Austrade on 1 July.

Both the Tourism Accommodation Australia (TAA) and Accommodation Association of Australia (AAoA) called the axing „disappointing”. The National Tourism Alliance has reacted swiftly, calling the wind-up a broken Government promise.

„Without an appointed Minister for Tourism, there remains a risk that a $100 billion national industry that employs 1 million people does not receive due attention when Government is making significant decisions that affect tourism,” the NTA said.

„This is a disappointing outcome for the industry as a whole given the money and resources expended on establishing the T-QUAL program and particularly given its aims,” said AAoA CEO Richard Munro.

„Now more than ever the industry would benefit from formal and endorsed acknowledgment of professionally run tourism businesses and services in the face of non-compliant, unsafe operations.

„The Association however is supportive of the overall objectives T-QUAL was endeavouring to meet and is presently working with Star Ratings Australia to ensure the industry as well as consumers gain the best outcome from that accreditation program,” he said.

„The question had to be asked ‘what about all the other operators in the area who didn’t receive benefits to upgrade their properties or facilities?

TIRF schemes was an equitable or efficient use of scarce funding. To provide funding for ‘new carpets in old motels’ was never going to drive demand, whereas the Tourism Demand Driver Infrastructure Grants program will benefit all operators through development of projects such as convention centres, port facilities, museums, galleries, theatres and other attractions

„TAA’s view is that funds should be invested in infrastructure projects that drive demand for all operators within a region, rather than for just a few individual operators,” he said

The Australian Federation of Travel Agents (AFTA) says the decision demonstrates the importance of the industry taking ownership of accreditation and service delivery.

AFTA CEO, Jayson Westbury, said the national T-QUAL scheme had „complicated a crowded space”, with its scrapping allowing the many existing industry schemes across the travel and tourism sectors to prevail.

He said that T-QUAL had been a „plaything” of the former government, which had not committed significant resources to marketing the scheme

Westbury highlighted its new AFTA Travel Accreditation Scheme (The Byte, 2 July 2014) as an example of a sustainable industry-led program

„Quality schemes and accreditation are best operated by industry, for industry,” he said.

The Government says it remains committed to supporting development and marketing of quality tourism experiences, through initiatives including the $43 million Tourism Demand Driver Infrastructure grants program announced in the Federal Budget to encourage new tourism infrastructure; and $140 million annual funding to Tourism Australia to market quality Australian tourism product through the ‘There’s nothing like Australia’ and ‘Best of Australia’ campaigns, and industry events such as ATE. This will be funded by redirecting revenue from the Tourism Industry Regional Development Fund and the

According to Austrade, tourism operators using the ‘T-QUAL Tick’ trade mark will be given a reasonable period to remove the tick from their marketing materials. They will continue to be accredited members of their relevant industry quality assurance scheme under the membership rules of those schemes.

What is the biggest problem with tourism accreditation in this country? Have your say.