Game changer for hotels and OTAs is here, Google shifts up a gear 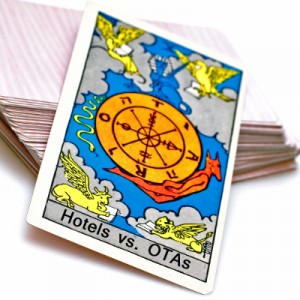 The gloves are off and Google is taking on its biggest travel customers – the online travel agents OTAs – with a new commission based ad program for hotels.

They’ll be charged “industry standard” commissions for bookings generated through Google Hotel Ads rather than the standard cost per click through AdWords. This seismic move totally changes the game and has been predicted by industry observers for many years.

The long-term implications are enormous, especially for online travel giants such as Booking.com and Expedia, which have a business model largely based on dominating Google search results.

Now Google has turned into a direct competitor while still taking billions in advertising from the companies it is challenging. And there’s nothing the big OTAs can do about it.

They have no choice but to keep advertising on Google, which has clearly decided this is its most profitable course of action.

Google has been running a trial program since March with a range of small and independent hotels in partnership with various tech providers including DerbySoft, Fastbooking, Sabre Hospitality Solutions, Seekda, TravelClick, and Trust International.

“The evolution from a pay-per-click to commission model has increased hotel revenue.” For Google, one assumes.

Google has said that the Hotel Ads Commission program will be available globally. However, no prominent Australian hotels  have been briefed by Google to date.

Meanwhile, Google’s head of travel in Australia, Dougal Mckenzie, said he was unable to comment on the initiative which, it is understood, will be marketed to hoteliers through the tech companies Google has agreements with.

Could this new commission and booking model soom apply to budget accommodation?  Will it help or hinder properties?  Have your say