Farmers may be liable warns Ombudsman 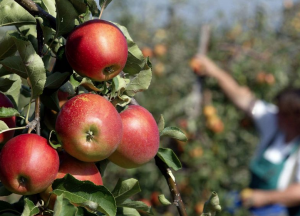 The Fair Work Ombudsman is cracking down on the exploitation of working holiday makers on 417 visas, following a large spike in complaints, according to a recent report by ABC Radio.

Farmers are being warned they could be held liable for the underpayment of workers on their farms, even if they’re employed through labour hire companies.

Ombudsman Natalie James says “foreign workers, who are required to work 88 days in a regional area to gain a one-year visa extension, are increasingly complaining about their wages and conditions. Complaints from 417 visas now are almost a third of complaints from all overseas workers and visa holders.

“They are primarily often concerned with just getting the 88 days’ work and obviously they need to produce evidence of that, and so I think there is a tendency to put up with a lot before they will complain.”

She says farmers are responsible for ensuring workers on their properties are being paid award wages, even if they are employed through labour hire companies.

“If you’re not employing the people who are working on your farm, but you are closing your eyes to the fact that these workers are being consulted and they are not being paid their minimum rates, then you need to be aware that you could be found liable, if you knew, or you should have known that was going on.”

Carl Walker, president of the Bowen Gumlu Growers Association, which represents fruit and vegetable growers in north Queensland’s Bowen region, has welcomed the Fair Work Ombudsman’s clampdown, and says it will target the small minority of people who are doing the wrong thing. He says the industry would fall apart if it weren’t for workers on 417 visas.

Walker said he’s heard stories of farmers being duped by dodgy contractors, who tell them they are employing a certain number of workers to pick a crop, but actually employ more workers and pay them less.

“The contracts that they (labour hire firms) sign with growers … say number one that the person must be paid a minimum of X amount … they must have their visa, they must be eligible to work, all these conditions are on these contracts and they sign it,” Walker told the ABC.

“If the contractor doesn’t adhere to those rules, it’s really hard for the grower to say ‘hang on a minute, I trusted this bloke I thought he was doing the right thing, but it turns out he’s not’. ”

“How can the grower be liable? It’s a very, very grey area,” he said.

Is it fair that the growers may be liable if a labour hire contractor doesn’t do the right thing? Have your say.