Dredging up trouble on the reef 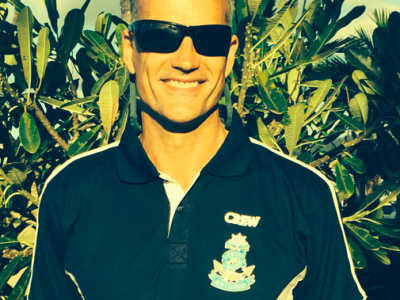 There’s no doubt that Australia’s Great Barrier Reef is in trouble. Cyclones, floods, coral bleaching and the crown of thorns starfish have all taken their toll on the fragile ecosystem – but what has local Whitsundays tourism operators up in arms is the Federal Government’s current plan for dredging at the Abbott Point port terminal.

Last December, Federal Environment Minister, Greg Hunt, approved an application by North Queensland Bulk Ports (NQBP) to expand its coal terminal at Abbot Point in the Whitsundays. The port has been operating since 1984 and is primarily used for transporting coal. Earlier this year, the Great Barrier Reef Marine Park Authority (GBRMPA) approved a permit application from NQBP to dispose of the dredge material in the marine park. As part of the development, NQBP plans to dredge approximately three million cubic metres from the seabed to deepen an area around six new ship berths.

Tony Brown, president for the Whitsunday Charter Boat Industry Association (WCBIA), the peak tourism body that represents marine tourism in the region, says local tourism operators are deeply concerned about the proposal. The Byte’s Kris Madden caught up with Brown, who is strongly advocating an alternative solution to the dumping.

„We’ve done extensive research on dredging and sea dumping,” says Brown. „Firstly we were never consulted by NQBP or the GBRMPA, which we would expect as our operators have permits to operate close to the dump site.

„To give you an idea, the amount of sediment we’re talking about would be the equivalent of a wall five metres high and one metre wide, stretching from Canberra to Melbourne. A third of this waste would be finer sediment particles that float – and no one knows how far or how wide they could spread.

„We took these concerns to our local council, state and federal members. We then went on a fact-finding mission, as the response to our concerns stated that there was no evidence that dredge and sea dumping would impact the reef. However, the water quality in our region was already diminishing through sedimentation, and adding more certainly didn’t seem to be something that would help.”

The ‘Reef Check’ and ‘Eye on the Reef’ programs, which monitor the health of the reef, show increased sedimentation in the region. Several dive and snorkelling reefs that operators used only a few years ago now are dead; and the water quality has decreased around 20 per cent over the same time.

„It is worrying that this information has not been sought prior to the decisions to permit Abbot Point to dredge and sea dump,” says Brown.

„It seems this proposal has been rubber-stamped all along the way, without consultation with those impacted the most. Regrettably, the GBRMPA change in legislation back in June 2013, and passed by board members with vested mining interests; and GBRMPA forsaking their precautionary principles put forward by their own experts, will allow a certain amount of damage in the marine park. The extent of that damage can’t be quantified.

„You have to ask: who is going to benefit from this? It seems it is only in the interests of a couple of multinationals. We’re not anti-mining – it’s the port structure and dredging we’re concerned about. Why is it that the ports don’t have to live up to the same standards as the operators on the reef?” says Brown.

When you add up all of the above, knowing there are better environmental options, it’s surprising that dredging and sea dumping in the Great Barrier Reef is still being allowed for the benefit of so few. It has taken a long time to build the brand that is the World Heritage Great Barrier Reef and making the wrong decision could ruin that reputation. Once gone it’s very hard to get it back. Even UNESCO has weighed into the debate, saying it „regrets” the proposal on Abbot Point. UNESCO has extended the possible inscription of the property on the list of World Heritage in Danger for another year. A loss of World Heritage status or actual loss of ecological values due to dredging impacts would have significant implications for the tourism industry.

„It seems extremely ironic that tourism collects an environment management charge for the GBRMPA who then do a risk assessment on the impacts of dredging and sea dumping and find that it is medium to high to the environment and high to stakeholders. They then pass the permit for this action to the detriment of the only industry that collects money for the GBRMPA,” says Brown.

„The stated position of NQBP that the „protection of GBR is paramount, NQBP and proponents want to work with GBRMPA for the best outcome” quite clearly wasn’t their intention. Otherwise they would have gone for the trestles option. Instead the option NQBP wanted has the greatest impact to the GBRMP, and the only reason being its financial viability for the proponents.”

It may be the cheapest option for bulk ports and mining, but comes at an immeasurable cost to the ecosystem, jobs and economy, and also Australia’s reputation. To damage that reputation would do untold damage and impact all Australian tourism.

„We believe to get a real net benefit, both capital dredging and maintenance dredging should never be allowed to be sea dumped in the GBRMP again,” says Brown. „If people become outraged enough it will become politically unpalatable, and we may have a chance to stop this.

„Our request is quite simple – and that’s to uphold the best practice in management of the reef; give it a fighting chance to regain its resilience and be there for future generations to enjoy.”

What do you think? Could something as simple as extending the jetty instead of dredging help contain the loss of one of our most precious tourism icons? Have your say.