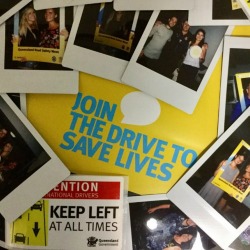 Teaching backpackers the unique Australian road rules and communicating the seriousness of it in a fun environment is the prerogative of the Clare Police in far north Queensland. The Clare Police just wrapped up their second annual Clare Police Backpacker Road Safety Awareness Competition.

The competition was held in conjunction with Queensland Road Safety Week 2017 and was held in remembrance of Lydia Spencer and Jamie Dumbleton, both from the UK who died on Australian roads in separate accidents whilst here on a working holiday.

The police gave a first-hand perspective of attending a road tragedy and read an impact statement which they obtained through the family of Lydia Spencer.

Local business owner Anna Booth, who employs backpackers, gave a short talk in relation the fatal accident of one of her former employees, Jamie Dumbleton who was killed in an accident in South Australia. Shortly after getting his second visa at her farm, Mr Dumbleton was in an accident caused by a driver who tested positive for drugs.

In recent years there have been an increasing number of deaths and serious injuries resulting from car crashes and accidents that directly involve foreign drivers, the majority of which are young. Some council’s believe backpackers are unable to decipher some of our more unusual road signs and have suggested the signs be translated into other languages.

Queensland Police, Councils, tourism bodies, car rental firms, backpacker hostels, the RACQ and the Transport Department recently launched the “Our Roads, Our Rules” campaign in hot spots popular with tourists and working holiday-makers. The campaign is in honour of a local 17-year-old who was killed in a head-on collision with a French tourist who was allegedly driving on the wrong side of the highway north of Carins last year.

The Clare Police’s competition challenged backpackers to create a poem, song or video or any form of art to express their views on what it takes to be safe on the roads for the chance to win prizes.

What have you done? What else can be done? Have your say – make some suggestions.