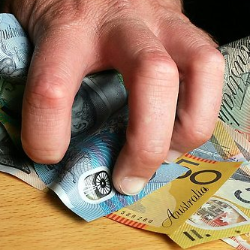 Last night the Federal Government removed the tax free threshold from all working holiday makers, effective July 2016.  They will now all pay 32.5% in income tax from the first dollar earned.  The government has also increased the working holiday visa fee from $420 to $440.

So backpackers can work and pay but no longer play!

Julian Ledger, CEO of YHA Ltd said “the government claims the change is forecast to raise $540million over four years or $135million per annum. The basis of this forecast needs to be investigated”.

Federal Treasurer Joe Hockey said “we don’t want to increase taxes on Australians, but we do want everyone to pay their fair share along the way”.  He might as well have said we will increase taxes for those who don’t have a vote.

The $540million in additional revenue is flawed, as its based on a similar or greater number of WHM coming to Australia in following years.  Who said they will still come?  In the past 12 months we have already seen a drop away in WHV applications, seen by some as a result of previous Visa Fee hikes. And fewer backpackers = fewer visa fees, fewer taxes and most importantly less spending on tourism product around the country and so fewer GST receipts.

ATEC Managing Director Peter Shelley added earlier today “Also of concern is the impact of changes to working holiday maker visa fees and the removal of the tax-free threshold that will affect around 200,000 youth travellers who visit Australia each year and spend an average of $13,000 during their stay.”  Small business income, tax revenue and productivity comes in any different forms and we all know from the ABS Tourism Satellite Account that tourism dollars flow on throughout the wider economy in many different ways.  Tax too early and the visitor economy suffers.

Treating visitors differently and taxing them from the first dollar they earn will leave a bad taste and less money in their pocket to travel around and see Australia. Visitors may not vote in elections but they can vote with their feet and have many choices of destination.

Backpackers themselves will be quick to post about this issue too, Wendy Aylward, Managing Director of AIFS said “our Facebook travellers group had its first post last night from a traveller voicing concern about the changes to tax free threshold”. Wendi added “and I expect to see comments throughout the day. Word will travel and those who factor tax returns into their travel planning may choose to head elsewhere.”

And negative publicity in overseas media:

The current incentives for working holiday makers to stay in one place to meet the six month test rather than travel around Australia is removed.  To undertake three months rural work to qualify for their second visa is also reduced.

The threat remains, youth tourism earns billions for the Australian economy.  Young tourists carry out important work in rural areas, that young Australians don’t want to do.  The WHV is a cultural exchange between people of nations.  It is not intended as an earner for a government on a tight budget.

So what do readers think of Budget 2015? Have your say