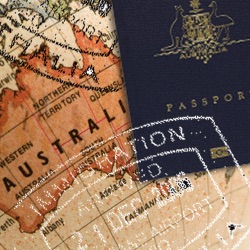 The Commonwealth Government will soon amend the WHM Visa Programme to allow both Working Holiday (Subclass 417) and Work and Holiday (Subclass 462) visa holders to work an additional six months with one employer in northern Australia (for definition see below), if they work in the following high demand areas in the north:

The Government will also be giving Work and Holiday (Subclass 462) visa holders the opportunity to access a second 12 month visa if they work for three months in agriculture or tourism in the north. Working Holiday (Subclass 417) visa holders already have access to a second 12 month visa and this change means WHM Visa Programme participants could potentially be able to work for the entire duration of their two year stay in Australia — increasing the supply of seasonal and temporary labour in the north.

White paper on developing northern Australia
This will be of particular benefit to the agriculture and tourism sectors which are highly seasonal, relying on WHM visa holders to provide the labour flexibility they need in peak periods. This will also help employers get more back from those WHM visa holders that they have trained to undertake particular roles. These measures will be subject to monitoring and reviewed after two years for their impact on the domestic labour market and to ensure foreign workers are not being exploited.

Australia’s Working Holiday Maker (WHM) Visa Programme encourages youth mobility and tourism by allowing young adults aged 18-30 years to have an extended holiday in Australia of up to 12 months, during which they can offset their travel costs by engaging in short term work. A total of 239,592 visas were granted to participants in 2013–14.

The term northern Australia, generally known to include two states and territories, being Queensland and the Northern Territory (NT). The part of Western Australia (WA) north of latitude 26° south—a definition widely used in law and State government policy—is also usually included. The 26th Parallel also defines the southern border of the NT, whereas much of the southern border of Queensland is defined by 29° south .

Although it comprises about half of the total area of Australia, Northern Australia includes only about one quarter of the Australian population. However, it includes several sources of Australian exports, being coal from the Great Dividing Range in Queensland/New South Wales and the natural gas and iron ore of the Pilbara region in WA. It also includes major natural tourist attractions, such as Uluru (Ayers Rock), the Great Barrier Reef and the Kakadu National Park (definition from Wikipedia).