Approval received to leave iPhones and tablets on inflight 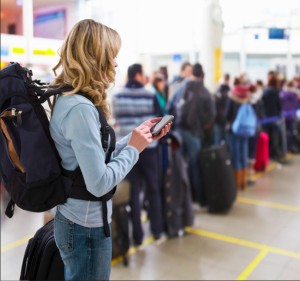 Use of electronic devices for take-off have been approved by CASA (Civil Aviation Safety Authority) for Virgin Australia and Qantas flights.

CASA spokesman Peter Gibson said technological advancements had allowed for the changes. “Aircraft are now designed and built with electromagnetic interference in mind,” he said.

CASA laid out assessment procedures for the devices, with Virgin Australia confirming that phones and tablets which weigh less than 1kg will be permitted at all stages of a flight as long as “flight mode” is selected. Which ought not be a concern for passengers as there is no network coverage inflight anyway.

Devices weighing more than 1kg will continue to be required to be stowed during take-off and landing, and passengers will be asked to pause use of the devices while the pre-flight safety briefing is under way.

Virgin’s approval applies to all of its domestic and short-haul international flights on Boeing 737, Embraer 190 and Airbus A330 aircraft. VA customers can also access the airline’s wi-fi entertainment system.

Virgin Head of Customer Service, Mark Hassell, said the change did not mean passengers need be worried about increased chattering on flights. “Voice is a problem for people. People don’t want passengers next to them talking throughout the flight. It’s something that over the years has not proved to be popular where that is offered overseas,” he said.

Qantas domestic and international will implement the changes on flights, while QantasLink and Jetstar are in the final stages of preparing their submission to CASA.VA flights to or from New Zealand, the Cook Islands, Samoa, Tonga, Vanuatu and Fiji are excluded.  Approval is needed from CAANZ (Civil Aviation Authority of New Zealand).