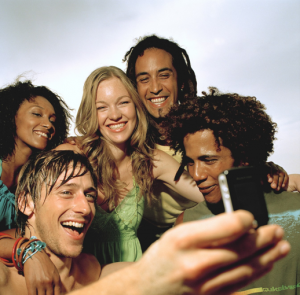 The tragic death of a young backpacker a few weeks ago in Central Australia has for me once again raised the issue of personal responsibility in adventure travel.

Australia is a true adventure destination. Part of the excitement of coming to this country is that you can actually get into wild places and that’s what makes it so great. But Australia is also one of the safest places in the world and one of the most stringently regulated. The truth is, to get into serious trouble in Australia, you have to be either a bit stupid, or incredibly unlucky. Of the millions of travellers who come here, a very small number get hurt.

Having worked as a tour guide in some of our planet’s most remote locations, including Antarctica and diving the South Pacific, I’m constantly amazed at how customers often don’t take responsibility for themselves or their own actions. By paying for a tour, many seem to absolve all responsibility, especially when something goes wrong. In our increasingly litigious society – it seems that there must be someone to blame rather than it just being an unlucky accident. Everything has to be someone else’s fault. Despite instructions, warnings and the experienced eye of the tour guide, some people will still act recklessly. The actions of some individuals can destroy not only a company’s reputation, but that of Brand Australia. They may also be putting others’ lives at risk.

While many of these activities require consumers to sign a waiver of liability in case of accident, most don’t even read it. People assume they’re entitled to the best of both worlds: extreme adventure and complete safety, but that’s unrealistic.

In my opinion, people need to start taking some accountability for their own personal safety.

One of the peculiarities (and allure) of adventure travel is its unpredictability. Adventure tourists are generally young, educated, active thrill and adrenaline seekers who spend increasing sums of money in their pursuit of adventure. They are often demanding and usually travel to remote corners of the world to satisfy their need for excitement.

The holiday expected today by most of these adventurers is characterised by a certain amount of risk. The prevalence of apparent risk-taking in our leisure pursuits seems to be increasing. We want to be portrayed as heroic, prove something to ourselves or others, and create „unique” experiences.

Although the specific circumstances of the incident are unknown, it’s been reported that the English tourist who fell to her death may have been trying to stage a cliff hanging photograph to post on Facebook. Last December, a young tourist in Melbourne nearly drowned after she fell off a pier while browsing Facebook on her phone. There are plenty of other examples where accidents could have been prevented if people were more aware of their own limitations.

With the narcissistic nature of social media, people will do the dumbest things just to “get a cool picture” to show their friends and family. A kind of ‘ego tourism’ seems to have evolved. What brings people to risk their lives and cross boundaries in order to gain new experiences? Responsible operators and tour guides don’t hold a gun to their heads and make them. The people who decide to take risks and do dangerous things must share the blame.

With adventure tourism becoming one of the fastest growing industries of the new millennium, attracting an increasing number of tourists seeking self-fulfillment through adrenaline-rush experiences, there is no doubt that unfortunate accidents will continue to happen.

There is danger in everything, where you draw the line is an individual decision.

Should adventure travellers take more personal responsibility? Have your say.