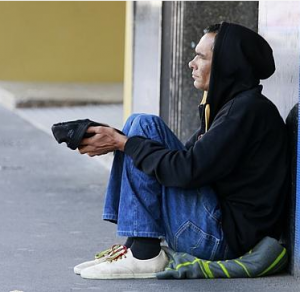 The Salvation Army have raised concerns that backpackers are begging in the streets of Melbourne in order to subsidize their travel plans.

Salvation Army Major Brendan Nottle said up to a third of Melbourne’s beggars are in fact overseas tourists. He said the majority of these people were men from Germany or Sweden, under the age of 30, and not genuinely in need of aid.

“Some of those international backpackers are operating on a very tight budget and so in their minds, they see it as OK to beg to try to raise additional funds,” Maj Nottle said.

“They don’t see that there are any issues with begging. They think that’s just something they can do.”

He urged people not to fall for the scam.

The Salvation Army said some charities have also encountered homeless foreign students who are living in real poverty.

Salvation Army’s Major Brendan Nottle told The Age backpackers often sold bracelets they had made, or raised money with chalk drawings. “So technically, it could be seen as busking, even though they do not have a licence.”

Lord Mayor Robert Doyle is aware of the issue and warns backpackers that what they are doing is breaking the law.

“Tourists may not be aware that begging is illegal in Victoria and it’s important that we communicate with them and put them in contact with the services they need.”

In September 2014, the Irish Independent reported that a soup kitchen owner in Perth had experienced a surge in the number of backpackers queuing alongside the city’s homeless every day for free meals. It was reported that backpackers were costing Perth soup kitchens upwards of $30,000 per year.