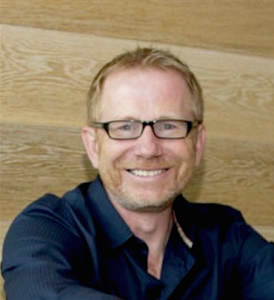 Tourism Australia has announced that its chief marketing officer, Nick Baker, has tendered his resignation and will be leaving the organisation at the end of January 2015 to pursue new opportunities.

Tourism Australia Managing Director, John O’Sullivan, said after seven years helping guide the country’s tourism marketing strategy, and with a string of successful campaigns under his belt, Nick had decided it was time to look for new challenges outside of Australia’s national tourism organisation.

“Nick has led a marketing team which has helped deliver arguably three of our most successful global campaigns, including There’s Nothing Like Australia, Best Jobs in the World and, of course, Restaurant Australia.

“All of these campaigns have been meticulously planned, well executed, and, importantly, done so through strong teamwork and successful partnership with industry and our state and territory partners. Another major achievement, for which Nick should be very proud, has been the creation of one of the world’s most successful social media marketing strategies.

“We will not only miss Nick’s marketing expertise but his enormous enthusiasm and passion for our industry and for the Tourism Australia brand.”

Mr Baker said that the seven year journey he had been on with TA had been the most significant of his professional life.

“Being part of such a dedicated team, getting to work on so many important projects with industry and our other partners has been incredible. Together, we’ve achieved some great things and that feeling of a job well done gives me great satisfaction,” he said.

Baker said that the marketing strategy at Tourism Australia was now much more than big campaigns. “I believe we’ve developed a clear strategy to move our global marketing forward and also created the digital and social platforms necessary to compete globally in a hugely competitive market place,” he said.

As a measure of the high professional regard that he is held by his peers, Mr Baker was named as the 2014 ‘Marketer of the Year’ by the Association for Data Marketing and Advertising (ADMA). He came to Tourism Australia from Voyages Hotels and Resorts.

Baker has agreed to stay with TA until the end of January 2015, to enable the organisation to find a replacement and also allow him to oversee the completion of Restaurant Australia and other key projects.

TA has already begun the process of recruiting a replacement, which will be announced in due course.