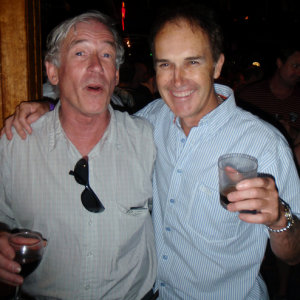 Backpacker haven South Molle Island Resort (aka Koala Adventure Island) has been sold by Queenslander Craig Ross (pictured right) for a cool $25 million. It was a sad but quietly confident Mr Ross who stepped off South Molle Island last week having sold the Whitsunday jewel to Shanghai-based conglomerate China Capital Investment Group. He bought the island out of receivership 15 years ago and had been living there for the past seven years. The Whitsunday tourism identity described his final departure as “bittersweet”. “It’s been a very difficult decision to make,” he said. Over the past 15 years, Mr Ross said he’d had a lot of help from local businesses to develop the current resort. But when the island took a direct hit from Cyclone Ului in 2010 his difficulties increased. “And it’s been almost impossible to recover since then,” he said.

Taking aim at the Queensland Government, Mr Ross said rules and regulations had made matters worse. “They put the lease fees up by 50% in one go – they’ve crippled the islands yet not once has anyone from government come to me or any of the other islands and said, ‘what can we do to make this work?’,” he said. Nonetheless Mr Ross has been approached several times over the years by ‘would-be buyers’ who could see the potential of the north-facing resort.

“I’ve fielded so many different offers over the last few years but it’s very important it goes to someone that’s going to look after it,” he said. “It’s not like an ordinary piece of real estate – you’ve got to protect it and look after it.”

China Capital Investment Group also bought nearby Daydream Island in a deal worth $30m recently. This island was once tipped as the “crown jewel” of the Whitsundays because of its 12 hectares of beachfront land and boasts lush rainforest, secluded bays and fringing reefs. Daydream Island Resort and Spa chief executive officer Scott Wilkinson said the sale reflects China’s confidence in the Australian tourism sector. “This was a great opportunity to acquire one of the last large-scale development opportunities in the Great Barrier Reef,” he said.

Owning two island resorts like these in the Whitsundays will also provide economies in regards to resources and staffing and ultimately the diversity of guest experiences.

What do you think of the sale of South Molle Island? Have your say, we wonder if Craig has any new plans for our sector?