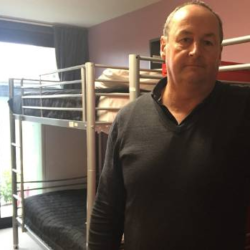 New Zealand backpacker hostels now face big fines if they continue the long held tradition of casually offering travellers beds in exchange for labour (as reported in The Byte – Dec 20, 2016). Some industry stalwarts say travellers can’t be bothered with the paperwork now required to legally work for accommodation, and they worry it will destroy hostel culture.

But the Labour Inspectorate is preparing to get heavy with those who do flout the law and is monitoring job advertisements on backpacker and work exchange websites. Last year the inspectorate handed out infringement notices carrying $5000 and $10,000 fines to some backpacker lodges that were following the then common practice of allowing guests to stay for free in return for cleaning or other work.

Those notices were rescinded after intervention by a national backpacker organisation, and lodges got a grace period to get their businesses in order. That period is now well and truly over and inspectorate national manager Stu Lumsden said a number of the businesses given warnings about use of volunteers had replaced them with full time employees.

Inspectors were now revisiting hostels to check they were toeing the line, “but I believe that when we go back, we will still find this occurring. “These practices put workers out of pocket, they undermine others in the industry who do meet all their obligations, and remove a potential employment opportunity from the market.”

Lumsden said an Employment Relations Authority ruling against Robinwood Farm on the outskirts of Christchurch farm for its exploitation of young travellers labouring in firewood and gardening businesses was “the first cab off the rank.”

“Obviously the reason we jumped on this one was because of the exploitation aspect of those overseas people, and the possible damage that could do to our reputation.
“As soon as you are rewarding someone in any shape or form, whether its food or accommodation, then they are employees as far as we’re concerned.”
Phil Leslie (pictured) manages the 300-bed All Stars Inn backpacker lodge in Christchurch and heads a group representing city hostels.

He said travellers were resistant to the hassle of signing an employment contract, and the need for a tax number and a bank account. “They’re so used to coming in and saying ‘hey, here I am’ and we’d throw them in a bed, and away we’d go. “Now they have to be regarded as a part time employee. They agree that the cost of the bed is deducted from their wages. “Some just travel around with credit cards, and don’t have local bank accounts.

“We used to have up to 10 people working for accommodation; at the moment we have four.” Christchurch backpacker owner Eric Foley heads the BBH network of 160 New Zealand hostels and he said the new bureaucracy would kill the sector’s special culture. He said the danger was that backpackers wanting to make use of casual bed-for-labour deals would decide to spend less time in New Zealand, or choose to visit countries that allowed the practice. “To describe it as exploitation is an exaggeration. These are intelligent, mobile people and if it doesn’t suit them, they just move on. “There will always be people with a sense of adventure who want to do this.”

In 2016-17, around 93 per cent of the second Working Holiday visa applicants indicated they engaged in agricultural work to acquire eligibility. (Edit. This is a good indication that the clean up of rural employment and contracting is long overdue and that the unfair treatment of some is harming the working holiday maker sector’s international reputation and having a detrimental effect on numbers). 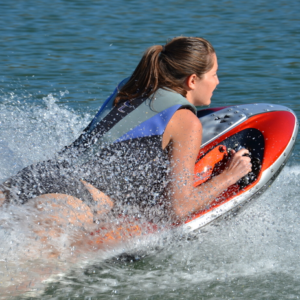 The Kymera is the most exciting of all the jet boards to ride! The Kymera Board is an Electric Jet Body Board. They are light weight and have a speed of 15-20 mph. Great for post dive or surface interval fun. It’s easy to steer and difficult to fall off, making it ideal for all riders who are tall enough to reach the trigger throttle. It’s easy, just pull the trigger and away you go!! Choose a vibrant coloured board – red, yellow, pink, green or orange, and experience a new, fun and exciting water activity.

Where better to try a Kymera Board than on Fitzroy Island! Fitzroy Island is a coastal island, having so much to offer, including magnificent rainforest walks, a sandy beach area and numerous water activities. At Fitzroy Island Dive Shop, you can hire snorkel equipment, dive equipment for certified divers, organise to try an introductory dive, hire sea kayaks with coral viewers, stand up paddle boards, or enjoy a glass bottom boat tour. And now, new to the stable of activities on the island, the dive shop is introducing – the Kymera Boards.

Cairns Dive Centre’s day boat, which depart daily, on the way to the Outer Great Barrier Reef, can stop via Fitzroy Island and drop passengers there for the day, returning to the island to pick them back up on the way back to Cairns at 3:30 in the afternoon. Come along and be one of the first to have a go on the new Kymera Boards.

and the very best for a prosperous new year.

The Byte remains the eNews of choice for Australia’s backpacker and youth tourism sector and remains the world’s only eNews truly dedicated to this sector.

We take this opportunity to thank all of our sponsors, readers and contributors. Myself, Mike and the whole Byte team look forward to working with you all again in 2018.

We would also like to wish you a very Merry Christmas and very best for a prosperous new year.

See you all then and once again please keep reading! 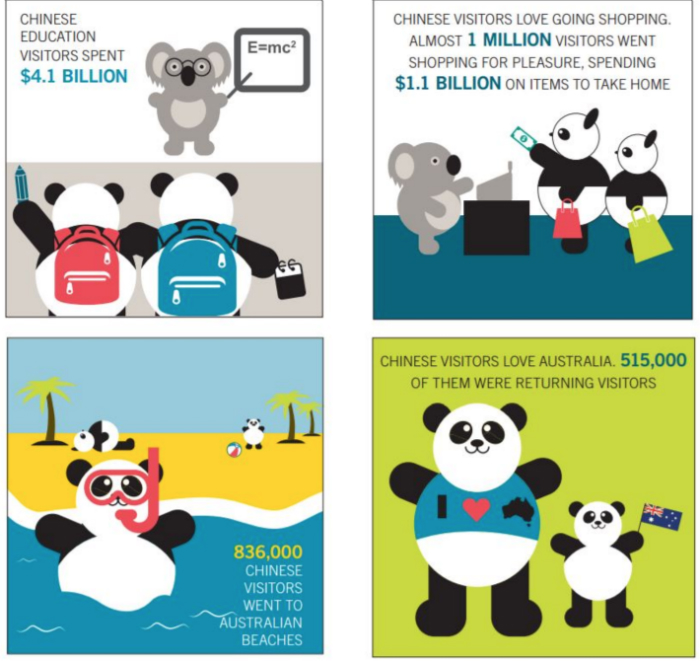 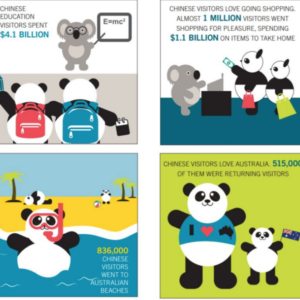 In the middle of last year The Byte introduced readers to this new phenomenon. Now its better known we have sourced and update to see where its headed and what about WeChat Pay!

WeChat is the most popular social media app in China. Since 2011, it has transformed from a messaging tool to an all-in-one super portal, with more than 900 million monthly active users. Its parent company, Tencent, is one of the most valuable technology companies in the world. WeChat’s success has been powered by the platform’s mobile payment service, WeChat Pay, which assists with every aspect of a user’s life — from shopping for clothes and hailing taxis, to organising hospital appointments and ordering food deliveries. Now, demand from Chinese tourists is increasing its uptake in Australia, and Australians are using WeChat too.

A recent study shows 84 per cent of people in China are willing and able to replace cash with mobile payments. In 2016, 38 trillion yuan (US$7.5 trillion) was exchanged via mobile payment — a sum 50 times larger than the United States, the world’s second biggest market.

As Chinese President Xi Jinping vows to make China a cyber superpower, Chinese tech companies are extending their ambitions to build a cash-free economy beyond the border. To date, WeChat has successfully launched its payment service in 15 countries. Australia is a popular destination for Chinese tourists and students and it was one of the first offshore markets WeChat Pay targeted. In 2016, Chinese tourists spent $9.2 billion in Australia, and this figure is expected grow to $13 billion by 2020. Recently, nine Australian cross-border payment service providers have partnered with WeChat Pay to connect Australian merchants to Chinese consumers. WeChat Pay allows local merchants to receive payments to their Australian accounts within a shorter time frame and at a lower transaction cost than credit cards. More than 10,000 shops and restaurants in Australia are using the WeChat Pay system.

Most early overseas adopters of this service are duty free shops and Chinese restaurants, but in Australia it is also common to see the WeChat pay option available in pharmacies. Due to the high demand in China for Australian-made baby formula and health supplements, a visit to a pharmacy to stock up is often on a Chinese tourist’s “must do list” when visiting Australia.

Exporting mobile payment to the world

At this stage, only customers with Chinese bank accounts can use WeChat Pay to make payments, so the global push still largely relies on Chinese consumers. However, the app’s latest venture in Malaysia suggests the company is now planning to target overseas domestic users. In late November, WeChat obtained an e-payment license in Malaysia that will allow locals to use Malaysian banks to pay. This will make Malaysia WeChat’s first offshore market whereby all of the platform services can be made available to local users.

Originally published in The Conversation