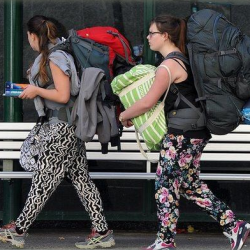 Working holiday-maker applications are down by more than 4600 in the wake of the backpacker tax debacle, new figures show. But early indications suggest Tourism Australia’s $10 million tourism, campaign geared at attracting backpackers to Australia, might be turning the tide, with a reported 60% increase in visa sales from the United Kingdom.

Department of Immigration figures show 104,250 applications for 417 visas were received between June and December last year — down from the 108,898 received for the same period in 2015.

National Farmers’ Federation workplace relations manager Sarah McKinnon said the numbers were as expected, given the negative publicity debate the backpacker tax attracted, and were in line with the downward trend in backpacker arrivals over recent years.

Immigration figures show working holiday-maker numbers have dropped by about 12,000 each year since 2013. Farm lobbies say agriculture is generally about 10,000 short of the casual workers needed.

“One to watch will be how many 417 visa holders transition into a second-year visa — if there’s a drop it means they’re not staying,” Ms McKinnon said. “But I don’t think that will be the case — having reached a resolution (on the tax rate), that’s a pretty good outcome and I don’t think it’s a disincentive.”

Trade and Tourism Minister Steve Ciobo said an STA Travel report from the UK showed a 16 per cent increase in flights booked and 60 per cent increase in working holiday visa sales. (Oh, so that 60% figure quoted earlier only relates to STA visa sales, not ALL visa sales. Bearing in mind that most of the TA support in the UK is being directed to STA. Sorry Minister Ciobo but lets wait for the ‘real’ stats).

Do you agree, will this campaign effectively nullify all the negative publicity and are we on the road back to positive growth in visa applications and grants? Have you say

Sourced and added to by Chris Harrison 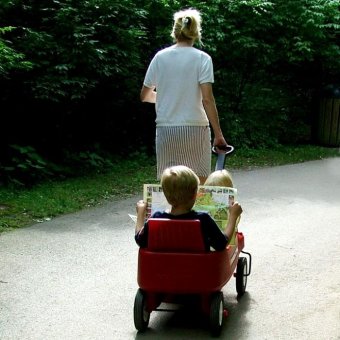 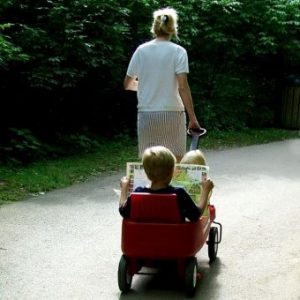 There have been calls to formalise the so-called “backpacker au pair” role and create a specific visa to ensure safeguards are in place for workers and families. There is a rising demand for foreign live-in carers, but the industry remains unregulated and open to exploitation.

It comes as childcare reforms hit the headlines again and more families look for affordable and flexible alternatives for their children. Peter Shoobert, a single parent of two young children, has had eight foreign au pairs over the years to help care for his son and daughter and their home.

“They actually become part of the family — they have breakfast with us, they have lunch, dinner, all the rest of it,” he said. “If there’s a night out or friends get together with a dinner, they come with us, so yes, they’re always with us.”

The family lives an hour south of Sydney in the Royal National Park and the au pair takes the children to school 50 kilometres away and looks after them when Mr Shoobert is at work.

“I offer them accommodation, all their food is paid for, I have a spare car which they have the use of, and I help them get work locally because I only have the children 40 per cent of the time,” he said. He also pays them $100 for each day they care for the children.

Mr Shoobert said there were double standards, depending on the au pair’s country of origin. “The Filipino girl which I tried to help come here, they apply for the visa, have an interview, then 30 days later they get a rejection, which is just outrageous, but that’s how the Australian Government treats them,” Mr Shoobert said. He would like to see a fairer system, open to more countries, that benefits both families and workers.

Ross Taylor, president of the Indonesia Institute, said it was a good solution for the many families struggling to afford child care or find a placement. “We should allow for foreign au pair workers, not only to come and work on a live-in basis with families, but to form a structure whereby it’s actually at a rate that’s affordable for these families,” he said. “That’s the significant thing.”

The institute previously proposed au pairs from Asia be allowed to work in Australia and paid $250 a week plus board, insurance and a return airfare home each year. Mr Taylor said it was already happening with travellers from eligible countries on working holiday visas.

“What we have is a de facto au pair arrangement in place that’s endorsed by the Government, and that’s happening as a result of the 417 visa,” he said. “So what we’ve seen is a move by very desperate families to access foreign backpacker workers and the foreign backpacker operates as an au pair.” Mr Taylor has called on the Federal Government to create a specialised visa to formalise the arrangement, ensure safeguards are in place and protect against exploitation.

Wendi Aylward, President of the Cultural Au Pair Association of Australia, (and BYTAP member) has supported the call because there is no regulatory framework in place for au pairs in Australia. “There really is a need for clear guidelines for families, au-pairs, agencies to ensure for everyone it’s a safe, rewarding experience and it’s transparent,” Ms Aylward said.

She said the backpacker visa was not an ideal default, particularly as demand for au pairs continues to grow. “Au pairs are looking after children and there needs to be guidelines in place for how they’re recruited, screened, supported, and how families are supported when they choose to do a program such as this,” Ms Aylward said.

In a statement, the Immigration Department said there was currently no intention to create a specific visa for au pairs as it would be inconsistent with the focus of Australia’s temporary migration programs on skilled occupations and the simplification of the visa framework.

The Byte asked a ‘real backpacker au pair’ what she thought of the current arrangements and from her point of view was a new visa required or even a good idea. Sally (not her real name) said “many backpackers come here not knowing that they might become au pairs, it just comes up after they arrive. What if someone only has that visa but doesn’t like the work and wants to change occupations, do they have to change visa as well?” Good point Sally. She added “given the visa restrictions is would seem to open the Aupairs up to exploitation, not reduce it”.

So on the face of it the 417 visa (as the default) isn’t the right visa, it seems as it also restricts the countries that Australia can receive aupairs from. But the prospect of a new visa does appear to throw up some curly questions, according to Sally. What do you think?

Is the 417 or 462 structure good enough for Aupairs? Do we really need another visa? But some countries are missing the aupair boat and there is a shortage of Aupairs? Have your say. 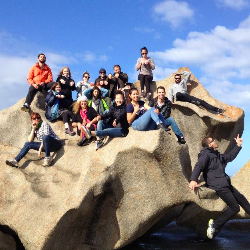 Ferry operator SeaLink Travel Group (owner of KIAT and Captain Cook Cruises) is expecting a lift in full-year profit and is keeping an eye out for new routes and aquisitions after a solid first-half result. The water transport and travel services company boosted first-half net profit by 52.3 per cent to $13.1 million, with revenue also rising 42.4 per cent to $105.8 million.

Mr Ellison said existing businesses, including Kangaroo Island SeaLink, Captain Cook Cruises NSW and Western Australia and SeaLink North Queensland and Northern Territory, had improved returns as well. “We are experiencing real benefits from the optionality that a larger and more versatile fleet is providing SeaLink,” he said.

“The pre-acquisition business units continue to build on the solid momentum established in FY16. “We are very pleased with the response to our new ferry services and the uplift in sales and margins for the lunch and dinner cruise market on Sydney Harbour. “We are well placed to continue growing our tourism-related businesses across Australia in a competitive environment.”

“The second half of the financial year is performing in line with the company’s expectation, with an improvement in Kangaroo Island ferry sales after adverse weather conditions in the first half, pleasing charter and dining performance in Sydney and performance ahead of expectations for our North Stradbroke operations,” SeaLink said. 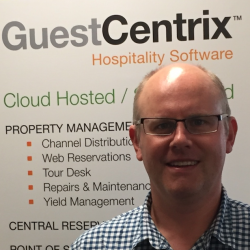 Running a hostel can be fun. You find yourself meeting new people every day, learning about their world, and helping them get the most out of their stay in your destination.

But you can’t forget the bottom line that keeps your hostel running healthily – revenue.

So how can you make sure you’re doing what you can to improve yield and profits at your hostel? Keep reading to find out.

Have you done a clear analysis of your guests’ demographics (age, country of origin) and behaviour (how much they are willing to pay, how far ahead they book)?

You’ll need a guest database that you can export into a spreadsheet so that you can analyse this accurately. Your hostel’s property management system (PMS) should have this capability.

Without having a clear picture of who you are targeting, your efforts to maximise revenue will fall flat.

2. Revisit the pricing of your hostel products

How do yours compare to competitors in the market? You’ll need to know which products you can charge more for if you want to maximise revenue effectively.

There are some basic strategies that you need to master to manage your revenue effectively.

Up-selling strategy. Sell extras and package them with your beds to add value. For example, you can offer an airport shuttle service and include it in the price.

When creating your pricing strategy be sure to take into account the commission you’ll have to pay to your distribution partners.

Once you have your rates in place, it’s time to see how you can improve profit through your distribution strategy.

Online travel agents. Are you partnering with the right online travel agents (OTAs) that are geared towards hostels, such as Hostelworld? How much commission are you paying to OTAs? Make sure you work on your direct online channel so that you can have a healthy balance of OTA and direct bookings.

Your hostel’s PMS should be able to seamlessly connect to your channel manager and internet booking engine, so that you can update rates from one central place.

Make sure you can measure your improvement with the right reports in place, and set the right kinds of KPIs.

Click here to learn more about how GuestCentrix can improve yield and profits at your hostel.

Guest post by Duncan Waterman, Director of Sales at GuestCentrix

The NSW Small Business Commissioner is the voice for small business in the NSW Government. We work with businesses, like yours, and with the businesses that you know, to best understand what holds them back and provide helpful advice.

We believe that businesses may be unaware of cybercrime and how to go about managing this risk.

So that we can make doing business online safer in NSW, we want to start this conversation with you, and with the businesses that you know, so that we can better understand business’ attitudes and views of cybercrime.

By engaging with businesses, we will be able to provide tools and practical resources to help prevent the incidence of cybercrime in NSW.

Please find the link to the survey here, for you to complete or distribute to the businesses that you know by sharing this on Facebook, Twitter or by Email below.

The survey is completely voluntary and will take about 10 minutes of your time. All responses will remain confidential and anonymous.

We appreciate your involvement, thank you.