An American traveller has shared the seven ‘lies’ people overseas believe about Australia – including that everybody surfs, drinks Fosters and says ‘g’day’ as a greeting.

Backpacker Tristan Kuhn has been travelling around the country, visiting Melbourne, Tasmania, Adelaide and Cairns, since moving from Texas in October last year.

In a new light-hearted YouTube video, the 22-year-old adventurer revealed some of the biggest lies he has discovered about Down Under over the past nine months. 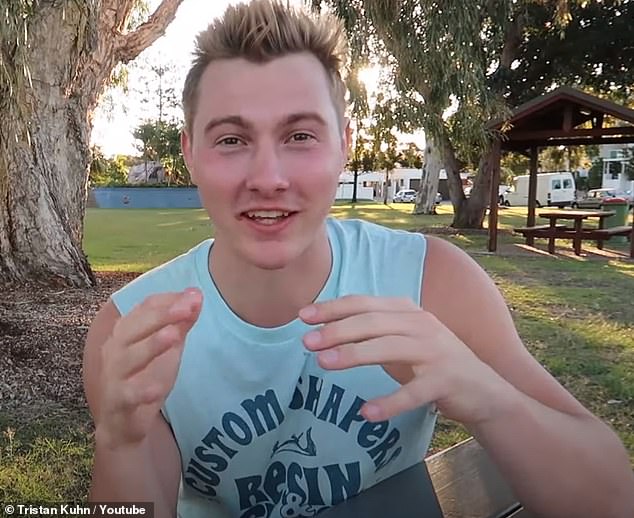 1. Australia is as expensive as a Nordic country

Before Tristan arrived onto Australia’s sunny shores he was apprehensive about the price of regular food items and travel, because he had been told it was very expensive.

But upon reflection he has realised it’s a very similar pricing system to products in the United States.

‘I feel a little bit bad because I feel like this is a lie I’ve helped contribute to because I’ve mentioned that alcohol is very expensive here but it’s just a few specific things,’ he said.

‘If anything I think healthcare, cellphone plans and clothing is cheaper than back home.’

While there are some travellers who wrongly believe Australians ‘ride kangaroos to school’, there just isn’t as much ‘hype’ around them as Tristan was expecting.

‘You can hunt them and eat them and you’ll often see them lying dead on the side of the road after being hit by cars,’ he said. ‘Kind of like deer in America.’

There are estimated to be 50 million of the marsupials roaming outside the cities of Australia, and for many farmers they are considered pests.

‘Kangaroos just aren’t elevated to be more important than other animals,’ he said. 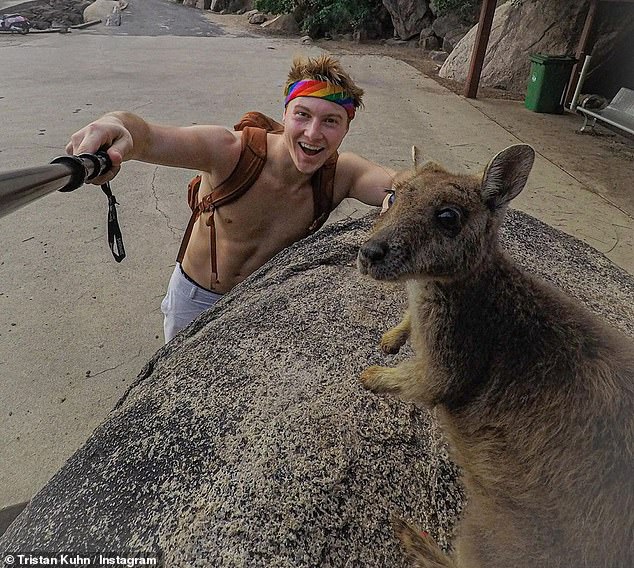 While there are some travellers who wrongly believe Australians ‘ride kangaroos to school’, there just isn’t as much ‘hype’ around them as Tristan was expecting

Tristan hasn’t heard anyone use the phrase ‘a dingo ate my baby’, ‘crikey mate’ or ‘g’day’ in regular conversation, despite them being perpetuated as Aussie lingo.

The first quote is a cry attributed to Lindy Chamberlain-Creighton after the death of her daughter Azaria Chamberlain in 1980, at Uluru in the Northern Territory.

The Chamberlain family had been camping near the rock when their daughter was taken from their tent by a dingo.

‘Some people do say this, but it’s considered poor taste and it can be insulting when foreigners say it trying to be funny,’ a commenter wrote underneath Tristan’s video.

‘Crikey’ is believed to have been mostly used by the late crocodile hunter Steve Irwin whereas the usual greeting would be something like ‘hey mate’, rather than ‘g’day’.

Fosters marketed itself in the 1960s as the ‘ultimate’ Australian drink of choice, but in actual fact most Aussies prefer the taste of Great Northern and Victoria Bitter.

‘At one point it was apparently a common beer here but in today’s day and age nobody drinks it,’ Tristan said. 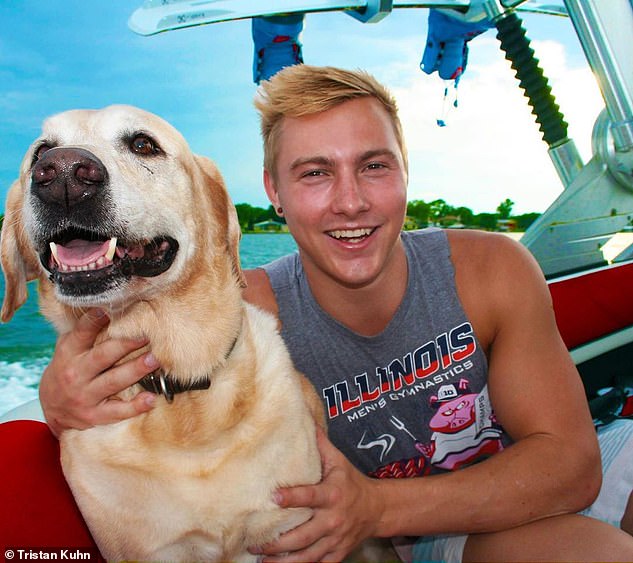 ‘At one point it was apparently a common beer here but in today’s day and age nobody drinks it,’ Tristan said

5. All Australians can surf

‘There is a lot of truth to this but also a lot of lies associated with this one,’ Tristan premised his next point.

One in 10 Australians are recreational surfers, according to Surfer Today, and it is considered the largest ‘surf country’ in the southern hemisphere.

But Tristan raised the point that many parts of Australia are unsurfable because of crocodiles and jellyfish, or it takes hours to drive to a beach with waves.

The exception is those living along the east cost of Australia and the west coast, who enjoy moderate temperatures and head high swell.

‘Noosa in Queensland was actually the first surf town I came across two weeks ago,’ he said.

‘I guess it just took me awhile to find the surfer vibe you’re told about overseas.’

6. Driving on the left side of the road is difficult

While Americans are used to driving on the right side of the road, Australians drive on the left.

‘If you just follow the lanes it’s super easy to learn. You can drive for 10 minutes on that side and get used to it,’ he said.

‘I haven’t found a single person who has had a hard time with it.’

That being said Tristan did find it difficult to walk on the left side of the pavement, often finding himself drifting over to the right side into oncoming people. 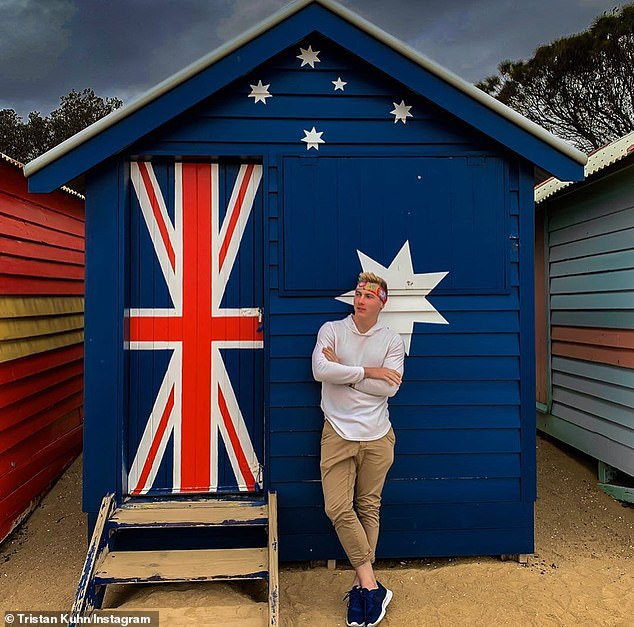 While Americans are used to driving on the right side of the road, Australians drive on the left

7. The toilets in Australia flush the ‘other’ way

‘It’s a complete lie. Even though they told you in science class that water flushes the other way in the southern hemisphere, it’s not true,’ Tristan said.

In actual fact he found the water Down Under doesn’t spin around the bowl at all, and actually just moves in a downward direction.

That’s because there is far less water in the toilet bowl to start with in Australian, than there is in America.