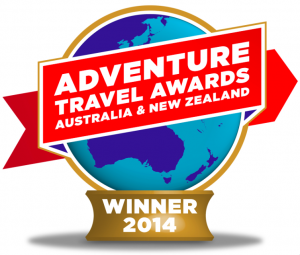 9 weeks of consumer voting for The Adventure Travel Awards will commence in just 3 weeks time – businesses from all over Australia and New Zealand are poised to take home the brand new accolade for 2014. Winners will be officially anounced at our gala dinner function on the 7th of November, following on from Byte Exchange in Sydney.

Last week we gave our readers information on ‘The Adventure Travel Awards: categories announcement’ 34 awards have been set for the youth/adventure tourism industry which include State Awards, Industry Awards, General Awards and National Awards for both Australia and New Zealand.

The Byte team have been working hard to introduce a never-before-used voting system to help legitimise the awards process for our first year. The online-only voting system will include use of OTA ratings for hostels, and a new rating system through the voting page. Once a vote has been made through the awards voting website, an email will be sent to the voter to confirm their vote. For all State, General and National Awards, voters will be asked to rate their experience between 1 and 10 when confirming their vote via email. All ratings will be collated to get an average, then used to times the number of votes they have received for the final number.

Hostels/accommodation catergories will have a slightly different process. The number of votes will be divided by the number of beds, then timesed by the average rating across 3 Online Travel Agents (OTA’s to be confirmed). Winners from each state award will then be compared to other state winners to crown the Best Hostel Australia.

As always, if you feel there is any way (within our means) to further legitimise the awards then please feel free to email me directly or pick up the phone – tom@thebyte.com.au